BC will inspect its own meat 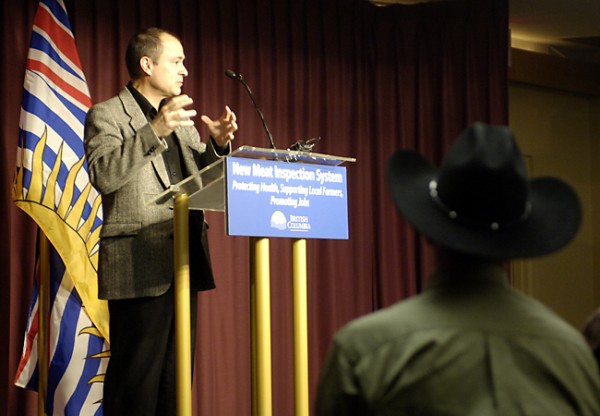 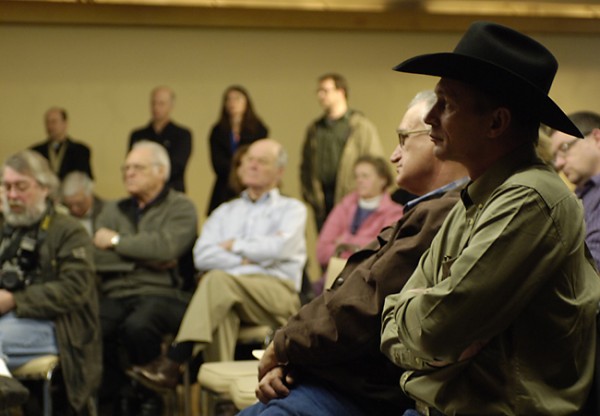 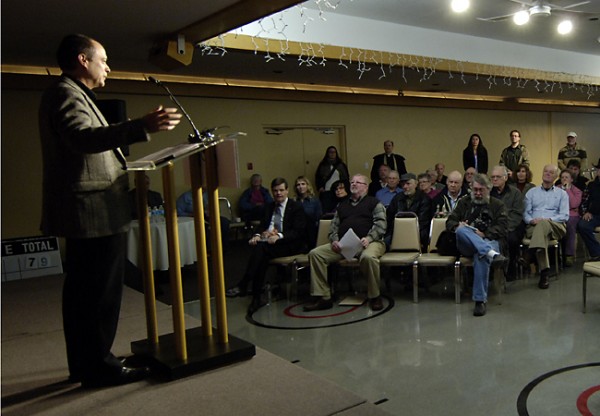 Agriculture Minister Norm Letnick announced in Vernon Friday that as of Jan. 1, 2014, the federal government will no longer subsidize Canadian Food Inspection Agency employees at B.C. slaughterhouses, and that the province is developing its own system in response.

Letnick said the system was developed following discussions with ranchers, slaughterhouse operators and local governments, and it will cost about $6.7 million to develop and $5.6 million to run annually. 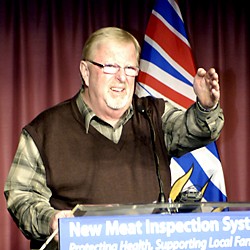 Photo: Adam Proskiw
MLA Eric Foster spoke at the event where the B.C. government announced it would be implementing its own system for monitoring the processing of meat.

The province will require B.C. meat processors to develop written procedures that address meat safety, facility hygiene and animal health and welfare and to train inspectors to provincial standards.

Abattoirs will continue to require the presence of a trained government meat inspector to inspect each animal or flock beforehand and each carcass after slaughter.

Letnick said the XL Foods incident in Alberta helped convince him of the importance of having an inspector present during the slaughter process.

Keven Boon, general manager of the BC Cattleman's Association, said the government listened to the industry and did a good job of developing a system that will satisfy consumers, producers and processors.

"Our goal as ranchers is to always deliver a safe product to our consumers. With input from industry, we believe the provincial government has done a very good job of developing a system that will satisfy the needs of consumers, producers and processors alike," said Boon

In addition to the new meat inspection system, the B.C. government also announced that they are beginning a two-year pilot project in the Regional District of North Okanagan for up to five Class E Licence operations.

These pilot licences will be available to operators within a two hour travel distance of a provincially licensed abattoir.