The doors are now open 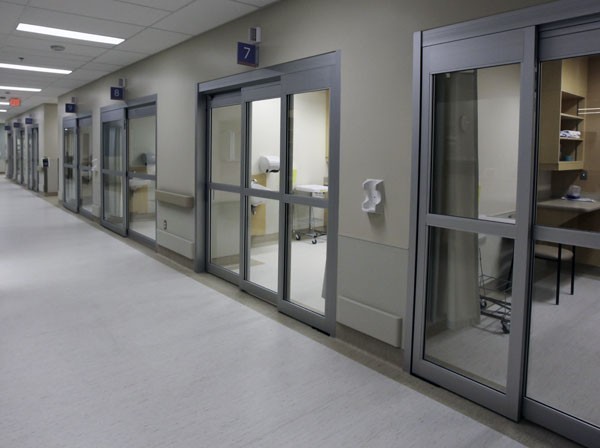 Around 10 a.m. this morning 29 patients from the West Wing of Vernon Jubilee Hospital were transferred to the new Polson Tower.

Allan Sinclair, Interior Health's vice-president of acute services, who was on hand to help clean equipment and patient beds as they moved from one building to another says the move went smoothly.

"Our staff worked diligently, both the dozens helping move patient and all those who continued to care for patients throughout all parts of the hospital even in the midst of very busy circumstances."

Patients began arriving in the new Emergency Department in the VJH Polson Tower at around 7 a.m. Not long after, the patient move began, with the first patient arriving in the 5th floor ICU just after 8:30 a.m.

Of the 29 patients moved, eight were from the ICU and CCU, 12 were from the new Women's and Children's Health Services, and nine were other inpatients.

Cam McAlpine, with Interior Health was at the transfer and says everything went off without a hitch.

"There were no incidents. And staff are now working throughout both wings of the hospital."