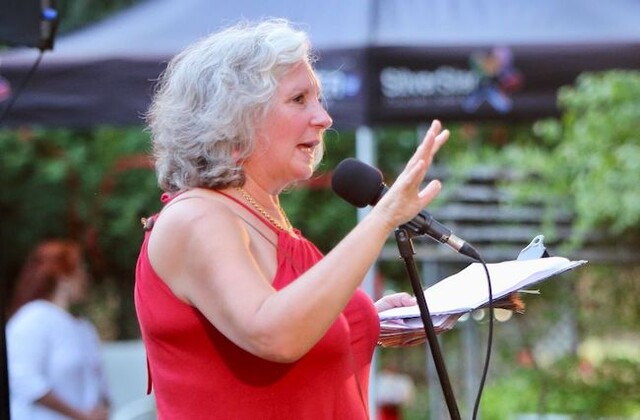 A longtime contributor to Vernon's arts and cultural landscape is leaving the Caetani Cultural Centre.

The centre has announced the resignation, effective immediately, of executive director Susan Brandoli.

“The board thanks Susan Brandoli for her years of service to the Caetani Centre. She was instrumental in bringing the vision of the many volunteers who served on the board into reality,” Caetani Cultural Centre Society president Craig Leverman said in a press release.

An artist, writer, curator and lecturer, Brandoli began work with the centre in 2013.

Throughout her 10 years at the centre, Brandoli "brought local, provincial and national recognition to the Caetani story as well as to the home and property once occupied by Italian duke Leone Caetani, his partner Ofelia Fabiani, and their daughter, the late artist and teacher Sveva Caetani," the board says.

Brandoli developed partnerships with other arts, cultural and educational organizations, and instigated the centre’s artist-in-residency program. She also opened up the centre to more events programming, including tours, exhibitions, workshops, a music and writers festival, and more.

Brandoli oversaw the 2016 campaign to turn an old carport on the property into a gallery and event space, and also led the Open House Project, which saw major upgrades to the Caetani Centre’s 128-year-old heritage house. The five-year campaign raised more than $300,000 and culminated in the opening of the Caetani Centre museum and gallery.

She was also involved in the repatriation of Caetani family heirlooms and artifacts from the Greater Vernon and Kelowna museums, and helped orchestrate the return of Sveva Caetani’s Recapitulation Series of 47 multi-pieced watercolours, previously housed at the Alberta Foundation for the Arts in Edmonton.

“Susan ... moved the Caetani Centre forward and brought it to today, where we are attracting more local and international guests,” said past society president Sherry Price.

The centre is preparing to restaff for spring and attract more volunteers.