Homeless dealer had gun, over 120 grams of drugs in his possession 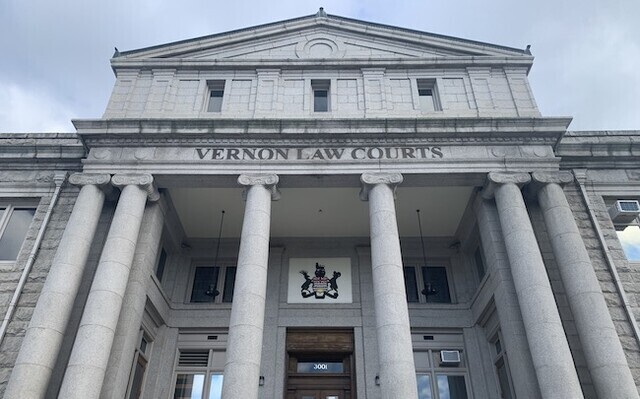 A homeless Vernon man who was also drug dealer will serve a further 39 months behind bars after pleading guilty to possession for the purpose of trafficking and of a loaded prohibited firearm.

Dugas pleaded guilty in April 2022 following his arrest on Dec. 4, 2019, in the wake on an incident in which he flashed a handgun at a passer-by as he walked down the street.

Dugas then disposed of the weapon, a loaded 9mm semiautomatic, in the snow, but it was located shortly thereafter by police.

A satchel Dugas was wearing was found to contain 59 grams of fentanyl, 19 grams of cocaine, 42 grams of phenacetin, an agent commonly used to cut cocaine, 159 tablets of benzodiazepine, a digital scale, small amount of methamphetamine and pipe, and handgun magazine.

A Gladue report noted Dugas had a troubled childhood and home, and was sexually assaulted by a neighbour as a child. The Ministry of Children and Family Development removed him from his mother's care at the age of 12.

The judge noted Dugas plans to relocate to Mission after his release to be closer to his father, and accepted his remorse as genuine.

"As grave a threat as drugs such as heroin and cocaine pose, that threat pales in comparison to the one posed by fentanyl and its analogues. Indeed, over the past decade, fentanyl has altered the landscape of the substance abuse crisis in Canada, revealing itself as public enemy number one," the judge stated in her decision.

"Ultimately, largescale trafficking in fentanyl is a crime that preys disproportionally on the misery of others – the marginalized and those whose lives are marked by hopelessness and despair. It is a crime motivated by greed and by a callous disregard for the untold grief and suffering it leaves in its wake. Above all, it is a crime that kills – often and indiscriminately. Fentanyl trafficking, and largescale trafficking in particular, are a source of unspeakable harm."

Dugas was also slapped with a 10-year weapons prohibition.