Dixon to rumble the Star 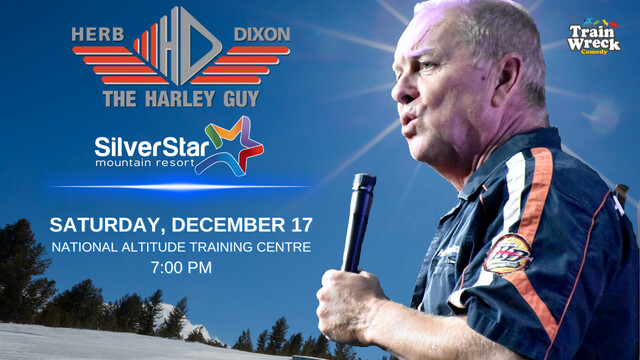 Master sound impressionist and comedian Herb Dixon – aka The Harley Guy – is bringing his act to the slopes.

He'll hit the stage at the National Altitude Training Centre.

Dixon was previously invited to put his well-known Harley Davidson impression to the test by Harley Davidson Motorcycles themselves, at the company's 100-year anniversary event in Milwaukee, where he shared the stage with legendary blues artist BB King.

Dixon has also performed at the Calgary Stampede and has shared the stage with the Doobie Brothers, Beach Boys, Blake Shelton, LeAnne Rimes and more.

In 2009, his Harley impression was again put to the test when he opened for Kenny Chesney at the famous Sturgis Motorcycle Rally.

"Herb Dixon is always a crowd favourite and a must-see comedian who always brings audiences together with world-class jokes and sound impressions," says Balsdon.