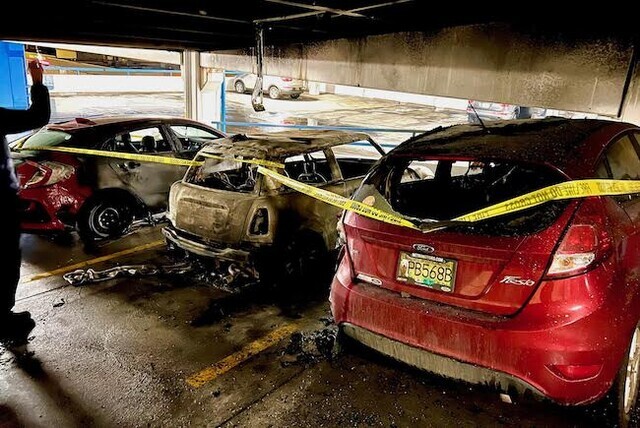 The cause of a fire Friday at the downtown Vernon parkade remains under investigation.

However, the City of Vernon says initial observations do not point to the incident being suspicious in nature.

The parkade is open again to the public in the wake of the Friday afternoon fire, but six stalls remain taped off for the time being.

The public is asked to stay away from that area as the investigation continues.

Fire crews were called to the parkade just after 3 p.m. Friday after smoke was seen coming from the third floor.

Crews arrived to find a Mini Cooper on fire. Flames spread to two surrounding vehicles before the fire was extinguished.

Several other vehicles in the parkade were also damaged by smoke and water.

No one was injured in the fire.

Total damages are yet to be tallied.