Multiple jurisdictions, little enforcement when it comes to buoys on Okanagan Lake

The bother with buoys 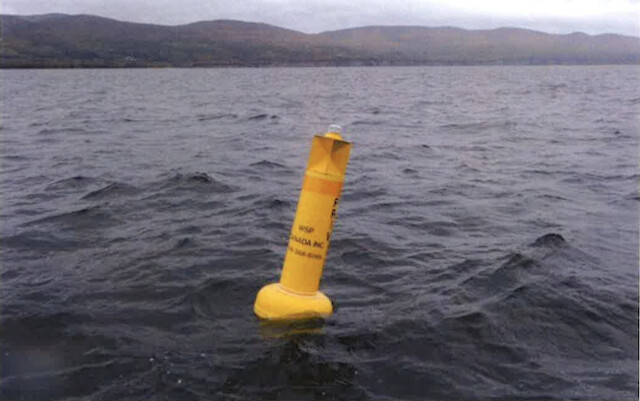 The authorization and policing of private buoys on Okanagan Lake appears to be a bit of a Wild West.

Vernon council requested staff come back with information on the subject and, in a report to be considered toay, learned there are multiple layers of jurisdiction.

And it remains somewhat unclear who is paying attention.

The placement of private buoys in the lake is administered by both federal and provincial governments.

The floating portion of buoys are the responsibility of Transport Canada, and they are subject to Canada's Private Buoy Regulations under the Canadian Navigable Waters Act.

The lake bed to which buoys are anchored, is in most cases considered provincial Crown land and buoys require the permission of the province.

However, the report notes the province does "not have the capacity to provide formal tenure for all of the buoys in B.C.," therefore it allows placement of one or two buoys in front of waterfront property owners' homes.

Non-waterfront property owners do not have that privilege. But, conversely, Transport Canada says they can place buoys in front of private property provided the buoys adhere to regulations.

"The province acknowledged there is a proliferation of buoys in communities by people who are not waterfront property owners; and further, advised that they do not have the resources to enforce compliance."

The report suggests enforcement "may require escalation to the Provincial Minister/MLA, or the Office of the Ombudsperson."

The report says buoys located anywhere on Okanagan Lake that do not comply with regulations should be reported to Transport Canada.

Both provincial and federal authorities advised foreshore jurisdiction can be administered by the municipality, as is the case for the Columbia Shuswap Regional District.

"Before administration would recommend new bylaws for council consideration, we need to understand the scope of problems relating to private buoys, foreshore and water management in Okanagan Lake within the city boundary and the scale of resources and associated costs required to implement and manage new city bylaws," the report states.

According to the province, private buoys on Okanagan Lake that have been placed within city lease tenured aquatic lands can be enforced by the city.

But, even that seems unclear.

"Alternatively, private buoys placed within city licence tenured aquatic lands should be reported to Transport Canada and Provincial Compliance and Enforcement, because a licence is not an exclusive use tenure and may require both federal and provincial enforcement," the report adds.