Support for 4-H after crash 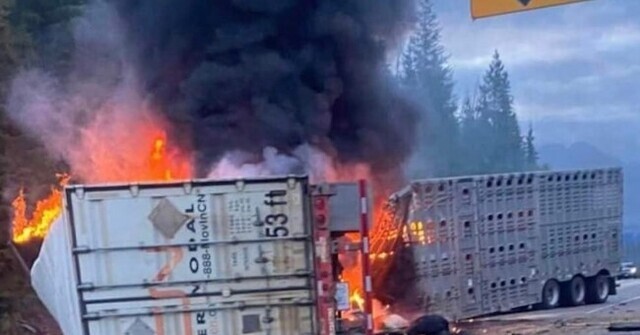 The Armstrong Spallumcheen Chamber of Commerce has given a lift to a local 4-H group that suffered a horrific loss in a tragic crash at the end of summer.

The newly elected board of directors presented a cheque for $2,500 to McKenzie Gyorkos of the Milky Way 4-H Dairy Club.

The club lost most of its cattle Aug. 28 when a livestock hauler collided head on with a semi loaded with lumber east of Golden.

The fiery Trans-Canada Highway crash claimed the lives of three men along with many cattle that were headed to the Interior Provincial Exhibition in Armstrong.

Injured and killed cattle spilled out across the highway in the collision.

The local club's animals had been competing in Manitoba.

"For our chamber and business community to be involved in a fundraiser in aid of this organization was a privilege. We know the importance of dairy farmers in our community – and members of the 4-H Dairy Club are the future of farming."

"The chamber has been a part of the community for 91 years," says Shepherd.

"We are looking forward to working together with our members and municipal partners to make Armstrong Spallumcheen an even better place to do business."

The chamber also recognized 2022-23 Citizen of the Year Linda Fisher.

"Linda has a great feel for our communities and has been an active part of several not-for-profit organizations that are members of our chamber," said Newton. 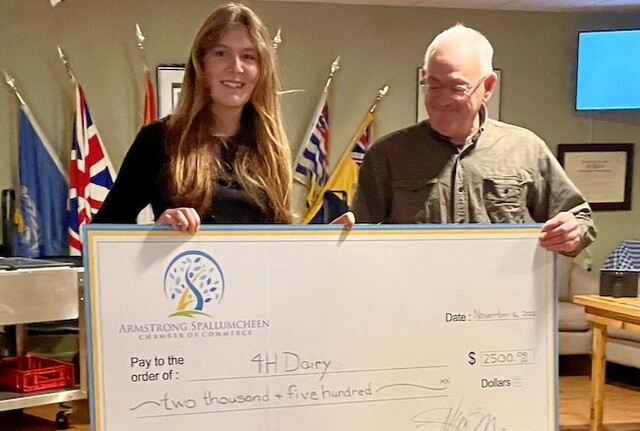