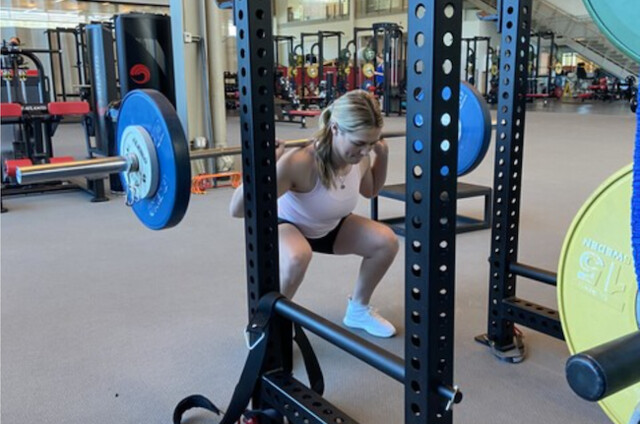 An injured Vernon athlete is getting stronger every day.

It’s been almost eight months since the Olympic freestyle skier had to pull out of her first ever Games.

The day before she was to compete in the Big Air competition at the Beijing 2022 Olympics, Gaskell tore the anterior cruciate ligament in her left knee and suffered a partial tear in the meniscus. The ACL is one of the strongest bands of tissue which connects the thigh bone to the shin bone.

The 21-year-old medal hopeful was devastated when she had to make the announcement that her knee injury would keep her from Olympic competition.

During Gaskell’s March 23 surgery, a portion of her IT band was used to create “an extra supporting ligament” for her knee.

Gaskell now spends five days a week getting stronger at the Canadian Sport Institute in Calgary. Three days a week are dedicated to working one on one with a return-to-sport trainer.

Since September, Gaskell has been gradually adding weight to her squatting and lunging routine and regularly hits the sports lab to test her progress.

“They are basically these machines you go on to test and record the strength in your quad and hamstring muscles,” she says.

Gaskell says she’s jumping again at the gym and is seeing progress in how high she is getting and the balance she is regaining.

“I’d like to return to my sport in March,” she says.

Gaskell has been cautioned by her trainer to not set a specific date but instead let her return date happen when she’s ready – “because If you’re not there, you don’t want to be disappointed.”

In addition to her intensive strength training, Gaskell is also continuing her university education and working part time.

She'll be coming home to Vernon for Christmas and says: “I'm really hoping I can ski SilverStar with my family because that's always been a big thing for us.”

The Olympic athlete adds she’ll be “taking it very slow, just easy groomers” and sticking to the blue runs for now.