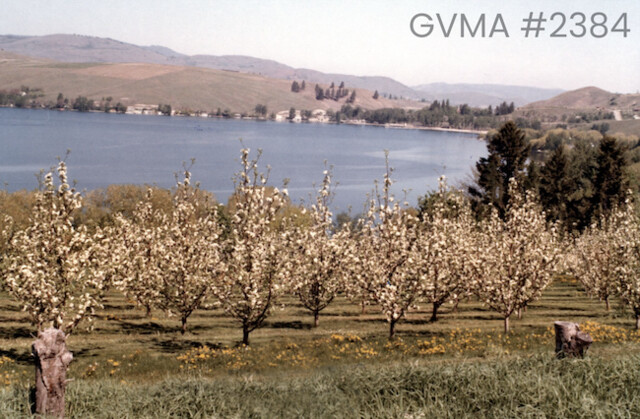 Photo: Museum and Archives Vernon
An undated photo of an orchard in bloom in Coldstream. Temporary foreign workers from Latin America and other regions have served in Vernon?s agricultural industry for decades.

In 2018, October was declared Latin American Heritage Month in Canada.

Latin America stretches from Mexico to Tierra Del Fuego, and B.C., as well as Vernon which has a closer relationship with the region than one might think.

During the Fraser River Gold Rush of 1858, Mexican labourers arrived in the colony of British Columbia to serve as pack train operators who led long processions of horses, donkeys or other pack animals loaded with freight. About 400 horses and mules from Mexico journeyed into the province alongside the pack train operators.

The temporary foreign worker population continued to grow over the next few years - and the trend is set to continue - to meet the Okanagan’s economic development and labour market needs. However, these individuals often face health and safety concerns while at work. Since the 1980s, it has been difficult to locate temporary housing for foreign workers and, in more recent years, the COVID-19 pandemic left them particular vulnerable.

In 2020, the Vernon and District Immigrant and Community Services Society committed to identifying and responding to the needs of temporary foreign workers, as well as creating a database of information highlighting their economic impact on the region.

In 2021, the group teamed up with Interior Health to host a number of pop-up vaccination clinics for temporary workers.

In terms of permanent Latin American immigrants in Vernon, the 2016 Census identified 35 originating from Mexico, 10 from Brazil, 20 from Colombia, 20 from El Salvador and 20 from Guyana.