A woman died in a motorcycle accident near Grindrod Friday 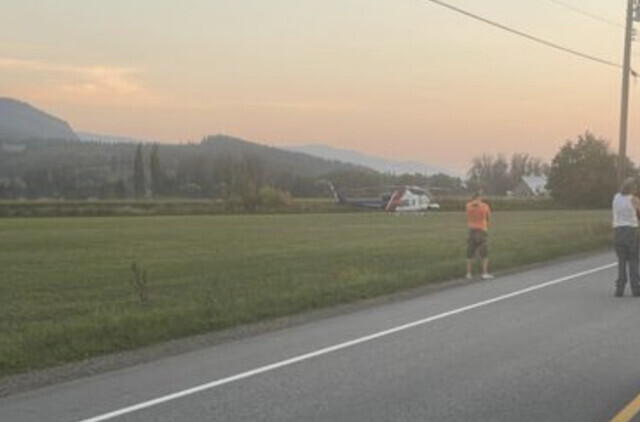 A woman has died in a motorcycle accident in the North Okanagan.

Police said the operator of the motorcycle, a 35-year-old woman, was pronounced dead at the scene.

The investigation is ongoing and the cause of the accident has yet to be determined.

Highway 97A was closed for some time while police investigated the incident.