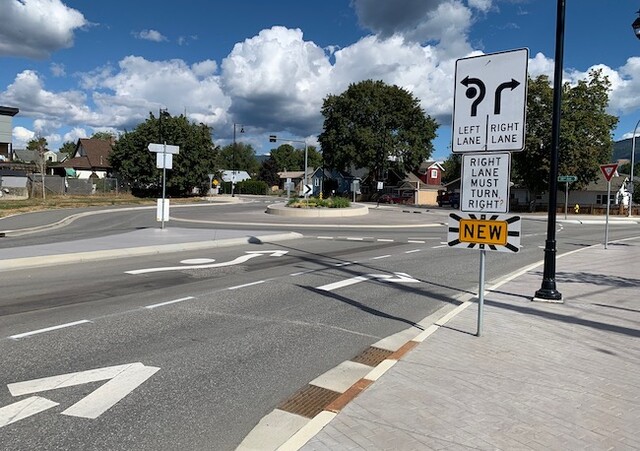 Vernon motorists may notice some changes to the city's double roundabout on 39th Avenue.

Now that railway crossing upgrades are complete, drivers will notice there are now two lanes to navigate the traffic circles.

While the arrows and signage may seem a bit confusing at first, City of Vernon spokesperson Christy Poirier explains the changes.

"The double roundabout at 29th and 30th Street is now fully opened and operational," Poirier said in an email.

Here's how to safely use the roundabouts:

"When motorists are approaching the roundabout from 30th Street, heading north, they will want to remain in the right lane if they intend to turn right onto 39th Avenue. If they intend to use either of the traffic circles to continue traveling north on 29th Street or to go west on 39th, they will want to enter in the left travel lane so they can continue around the circle safely."

"People who do not have experience with these from other cities are using the exit lane and then cutting into people in the continue lane as there only used to be one lane They are all just using it as they were not realizing there's two lanes now," he told Castanet.

"I use this route as a convenient way to get from one end of town to the other to avoid traffic on the highway. And every time I use it, I end up having to slam on my brakes as I'm cut off," said Dolphin.

The city encourages drivers and active transportation travellers to slow down when approaching the roundabout, be fully aware of their surroundings, and yield to oncoming traffic before entering the circle.

As evidence that some are confused, someone has already added a question mark to new signage directing drivers at the roundabout. 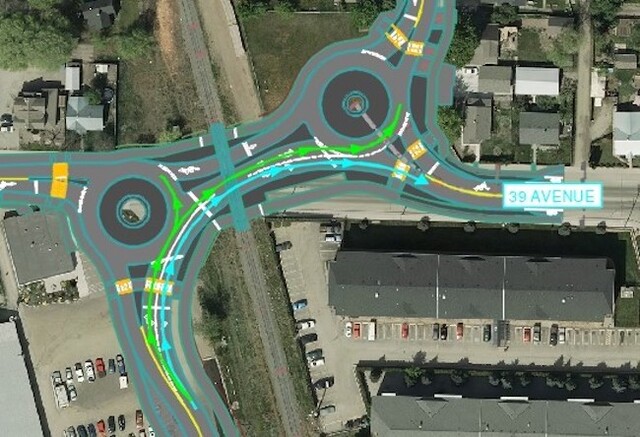