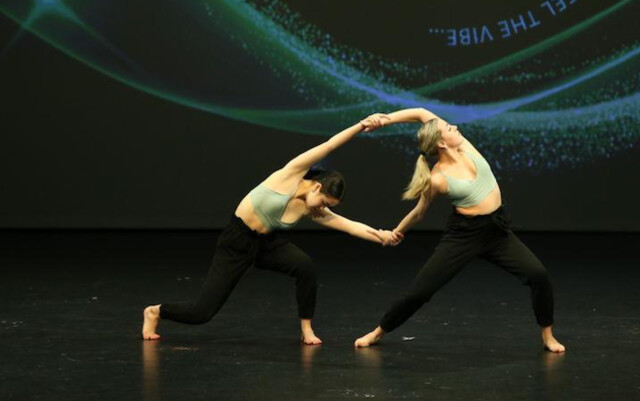 Local dancers will add to a message of inspiration at an upcoming Vernon event.

North Okanagan dancers Avery and Emi will perform an opening dance titled ‘Hope’ at the event.

A North Sea diver, Lemons cheated death in September 2012, when a freak failure of the dynamic positioning system of the vessel he was working under resulted in the umbilical that provided him with air, light and heat being severed.

He was left on the sea bed, in complete darkness, 100 metres below the surface, with only the five minutes of breathing gas he carried in the emergency tanks on his back, and no way to protect himself from the freezing temperatures.

The miracle of his colleagues' superhuman efforts to save him, and his body lasting 35 minutes on a five-minute emergency air tank, saw him not only living to resume his diving job and marry his fiancee, but to suffer no ill effects from the lack of oxygen.

Lemons' story of survival against all odds has been made into a Netflix documentary, Last Breath.

Avery Morrison, 18, has been a dancer for 16 years and has competed throughout Canada and travelled to Disneyland on a scholarship.

Morrison said she is excited to be performing for the Emily Dahl Foundation alongside her duet partner, Emiko Robertson.

"This is wonderful addition to the Last Breath event with Chris Lemons. So many were deeply touched by the performance Avery and Emi did in Polson Park. What a treat this will be to have them perform at the world-class venue like the Vernon Performing Arts Centre. This event on Nov. 29, is going to spectacular and moving for the entire community,” said foundation co-founder Sherman Dahl.

Tickets are available through Ticket Seller.