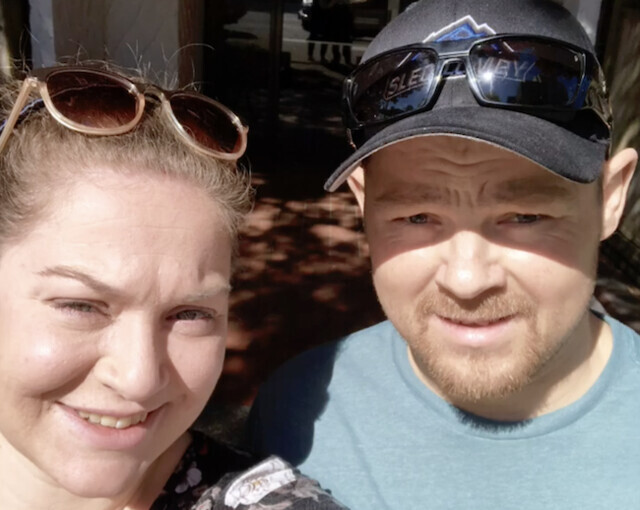 A Lumby man is eagerly awaiting a new kidney after a first transplant in 2020 failed.

Cole Derry is back at home and resting after removal of his kidney earlier this month at Vancouver General Hospital, in anticipation of a second transplant.

Last month, a living donor match was found, giving him second chance at a full life.

He was checked in to VGH on Sept. 7 for the surgery and, despite some complications, is now back in Lumby.

"It feels so good to be in our own house after the last few weeks we have had," his partner wrote this week on the Cole's Kidney Journey Facebook page.

"We have to make sure Cole takes it easy for the next while so his body can heal properly. With this experience behind us we can just look to the future!

"Next, we are nervously awaiting a call from the surgeon in the next week or so to confirm the date for the upcoming transplant. As excited as we are for this transplant to happen we are terrified that we could have similar complications this next time.

"We are looking forward to the transplant being completed and successful and being able to return to/start a normal life again."

After the latest surgery, Derry suffered a fever and hallucinations, but he pulled through and was discharged after dialysis on Monday.

A date to receive his new kidney has yet to be scheduled. It could be as soon as four weeks or as late as January, during which time Cole will continue dialysis.

"Timing will be primarily dependent on Cole’s healing process and availability of the team of surgeons and the donor. We are very excited for the next step but ... facing it with cautious optimism based on his history.
Two steps forward and one step back. We are getting through this."

Derry was placed back on the transplant list early this year after his body began rejecting a previous kidney/pancreas transplant in 2020.

More than two years of medical ups and downs followed.

In July, the family said they had been "overwhelmed, flabbergasted and astonished" by support from the community.

"It has been nothing short of incredible. We have been, in fact at a loss for words," they said.