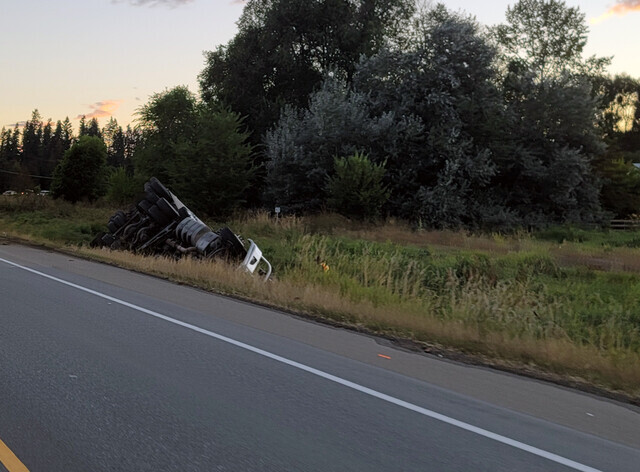 The occupants of an SUV and semi that collided on Highway 97A north of Vernon Monday evening were lucky to escape with non-life-threatening injuries.

Police say the SUV crossed the centre line about 5:15 p.m. near the intersection of Creamery Road in Spallumcheen, colliding with a fully loaded semi-truck.

"After speaking to witnesses and conducting an examination of the scene, investigators determined a Kia Sorrento SUV was travelling southbound ... when it crossed the centre line of the road and collided with a northbound tractor trailer," says North Okanagan RCMP spokesperson Const. Chris Terleski.

The drivers were the lone occupants in both vehicles.

The highway was temporarily closed to allow crews to safely clear debris from the roadway.