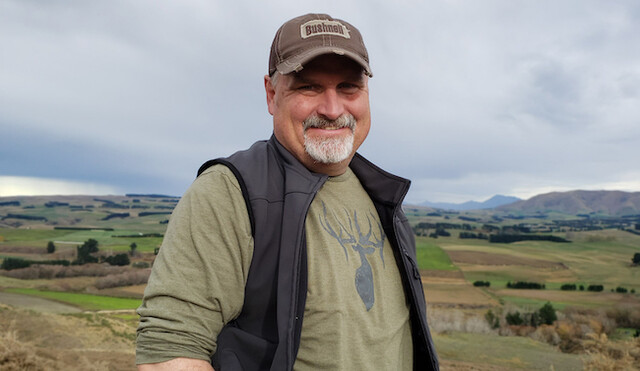 A North Okanagan outdoorsman and TV host is turning his attention to politics.

Trumbley was born and raised in Vernon, but has resided in Falkland for the past 15 years.

He has been an active volunteer for several non-profits, including the Falkland and District Community Association.

Trumbley recently retired from the TV show to do more around his home area and be with his family.

"I had an amazing run as a TV show host on one of the top hunting shows in North America, but it's time to stay at home and be with family and help the communities within my area," he says.

Although he has never held a political position, Trumbley has been a negotiator at provincial, federal and international tables, including working as a Canadian delegate for the United Nations Environmental Program.

He has been nominated twice for the Order of British Columbia and has received a certificate of appreciation for his work federally as chair of the Committee on the Status of Endangered Wildlife in Canada, developing tools that combined Western-based science with aboriginal traditional knowledge.

Trumbley says he wants "to be a true voice" for the communities of Falkland, Silver Creek, Ranchero, Deep Creek and Gardom Lake.

"It has been too long since these communities have had a voice of their own versus that of a director," he says.

"I am frustrated with the system that always seems to ignore rural communities. We may not have the numbers of the larger towns and cities, but we are still taxpayers and deserve to have our dollars reinvested into our small communities."