'The most beautiful street' 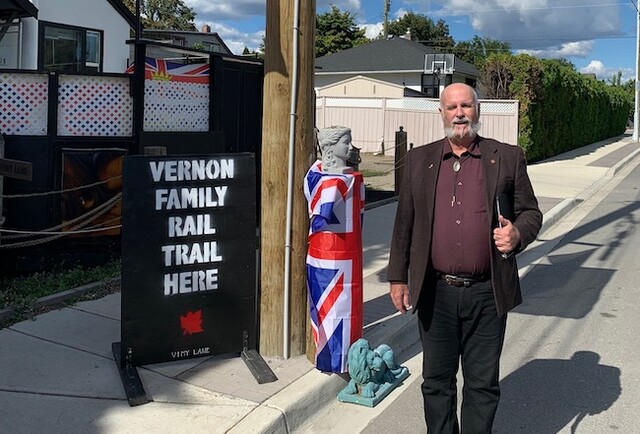 A Vernon man who campaigned in last year's byelection to build a community plaza in place of the Civic Memorial Park has a new idea for the neighbourhood.

Andy Wylie is again seeking a seat on Vernon council in the Oct. 15 election.

Wylie, who is know for his Vimy Lane tribute to Canada's First World War dead on 29th Street and who added to his memorial with a tribute to Queen Elizabeth II, says his vision now is to make the multi-use path stretching from downtown Vernon to the Village Green Mall "the most beautiful street in Western Canada."

Wylie says he wants to act as a "city concierge."

His vision is to add planters along the length of what he calls the "new Vernon family Rail Trail" to beautify the area and attract more families.

He says "flower power" will bring out not just cyclists, but dog walkers, moms pushing strollers, and will attract more families to the new park on the site of the former Civic Arena.

Wylie says with private, business and church contributions, the idea wouldn't cost the city anything, and residents along the route could be encouraged to tend the flower planters, along with school groups.

Over time, it could become "the most beautiful street in Western Canada," he says.

Wylie styles himself as part of the GOTCHA party ... for Get Off The Couch.

"Just go for a walk, a bike ride, a skateboard (anything other than a car)," he says.