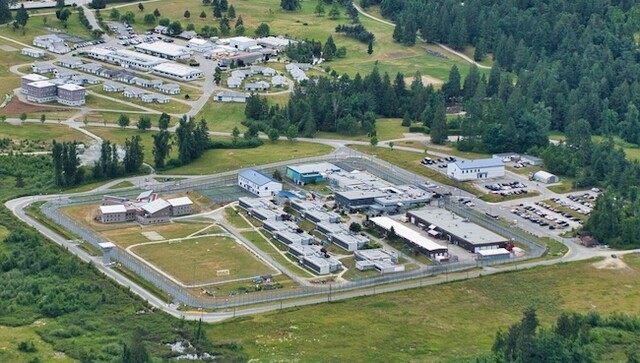 A former Vernon man who claims to have been wrongfully convicted of murder and who has spent a quarter century in jail says he wants to tell his story firsthand.

Last month, we wrote about the creation of the "Miscarriage of Justice" website created in support of Sebastian Peter Cerra.

Cerra is currently incarcerated at Mountain Institution, a medium-security federal penitentiary in Agassiz.

He was convicted in 1999 of killing 24-year-old Ruby Kirkpatrick on the side of Glenmore Road in 1998 over an alleged dispute over drugs and was sentenced to life in prison.

An appeal of his sentence was denied in 2004.

After writing about the website, created by Cerra's childhood friend Roderic Patton, his advocate reached out to say Cerra would like to speak directly to the media from inside prison.

Castanet was granted that permission via Correctional Service Canada and a phone call will be arranged.

Patton says new evidence in the case brings attention "to the grim reality that our justice system has been punishing an innocent man for 24 years."

The site claims this includes DNA evidence pointing to other suspects and that new eyewitness and crime scene evidence was suppressed by Crown Counsel and the RCMP "to the exclusion of other suspects."

Patton says the case mirrors that of David Milgaard, who was 16 when he was charged and wrongfully convicted in the rape and murder of Saskatoon nursing aide Gail Miller in 1969. He spent 23 years in jail until his release in 1992.

"The CCRG contend that this evidence is not new.... Having considered all relevant matters, we have reached the conclusion that your application does not contain any new and significant information that would provide
a reasonable basis to conclude that a miscarriage of justice likely occurred in your case," the review group wrote.

Patton says the review did not consider all the evidence.

"To this point, Sebastian Cerra is seeking your permission to contact you to provide you with proof that there is new evidence that has not been presented in court which would exonerate him of this crime," Patton wrote in an email to Castanet.