Vernon city councillors defer decision on Behind the Mask project to next council meeting, but approve a different mural 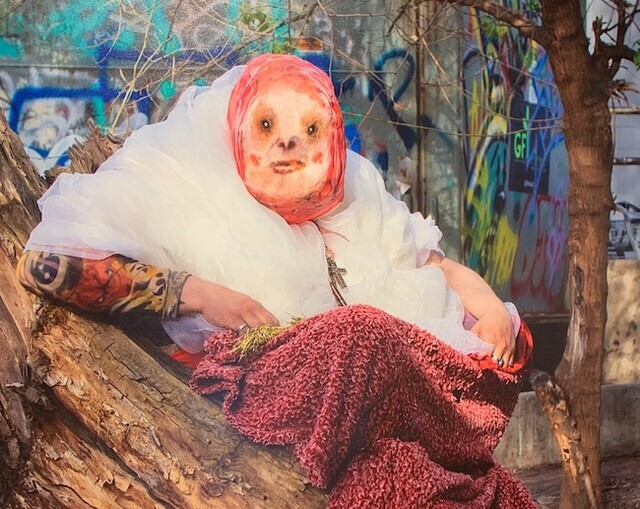 The resolution of a controversial Vernon mural project has been pushed back to September.

When it was first proposed, the Behind the Mask program that would see numerous murals installed across the city centre was met with opposition and support.

Petitions for and against the murals showing area residents wearing masks that reflect their struggles with mental illness were launched, along with much debate about the project.

Vernon city council was supposed to address the issue at their regular council meeting Monday, but the proceedings hit a snag.

Before the project could move forward at council, a complete list of all the addresses where the proposed murals would go was requested.

So, the fate of the project will be unknown until at least the next council meeting Sept. 6.

However, council did sign off on another mural project.

The Roster Sports Club Bar & Grill sought, and received, permission to paint a mural of a scoreboard and a Great Blue Heron on the side of the Anderson Subdivision business at 2319 53 Ave.

Two dollars from each Blue Heron cocktail sold will go to the Vernon Herony Protection Society to support the sanctuary.

Rita Bos, senior director of the society, said she’s thrilled about the idea and welcomes the impact the mural will bring to the society’s cause.

“These beautiful birds are blue listed in B.C., which means they are an indigenous species considered to be vulnerable in their locale. The mural will be a stunning work of art, and I think will help remind people of the importance of protecting these vulnerable birds,” Bos said.

“Of course, I am also very appreciative of the fundraiser and thankful to The Roster for their continued support with past donations to the society and helping with rescue efforts of the herons during the heat wave in June 2021.” 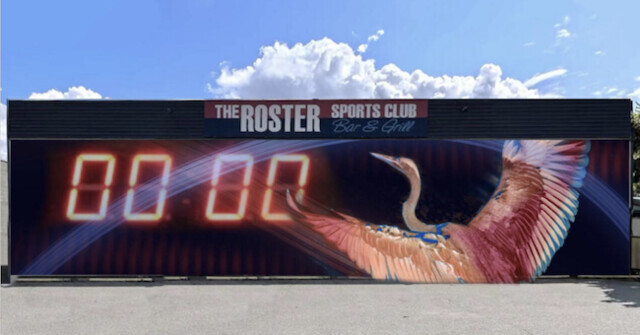