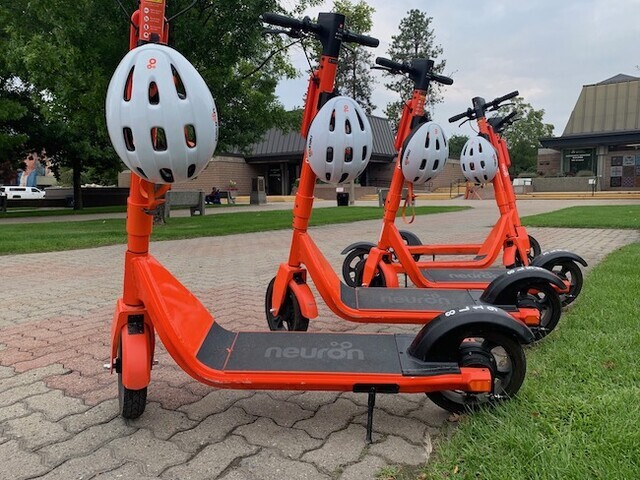 Canadian users of Neuron Mobility’s e-scooter service have travelled more than two million kilometres since the company launched in Canada in 2021.

By choosing a Neuron e-scooter instead of a car, riders have displaced an estimated 170 tonnes of CO2 emissions in Canada, Neuron says in a press release.

Calgary, Lethbridge, and Vernon riders also have the option of using Neuron e-bikes.

"This is a significant milestone for our company and our riders. It demonstrates how well our service has been embraced by the communities in which we operate, the impact it has on how people are choosing to get around their cities, and the overall growth potential for micromobility in Canada," says Ankush Karwal, head of market for Neuron in Canada.

"We work closely with our city partners to integrate our service into their transportation networks and maximize the positive economic and environmental impacts of their e-scooter programs. In Canada, 88 per cent of our riders believe Neuron has had a positive impact on their communities."

Calgary riders have embraced micromobility, travelling more than one million kilometres – 9,000 trips were taken in one day alone during the recent Calgary Stampede.

The interactive riding school has city-level training content and can be accessed via a microsite or through the Neuron App for local riding rules, educational videos, and incentivized quizzes and games.

Rule breakers can be suspended from Neuron’s service before being directed to the ScootSafe Academy to be educated on parking, safe conduct and local riding rules.

Those who complete the tasks will receive credits towards future rides.

"Neuron's e-scooters have an excellent safety record... However, we are always innovating to enhance rider safety, and that includes providing our riders with the very best safety education platform so they know how to use our e-scooters in a safe and responsible way," says Karwal.

The scooters come with a range of safety features built in.

Geofencing technology is used to control where e-scooters can be ridden, parked and how fast they travel in certain areas, and a topple detection feature instantly alerts Neuron's operations team to vehicles that have been left on their side so they can be repositioned.

Other innovations include an app-controlled helmet lock, a 911 emergency button, and partnerships with the Traffic Injury Research Foundation and the Southern Alberta Brain Injury Society.