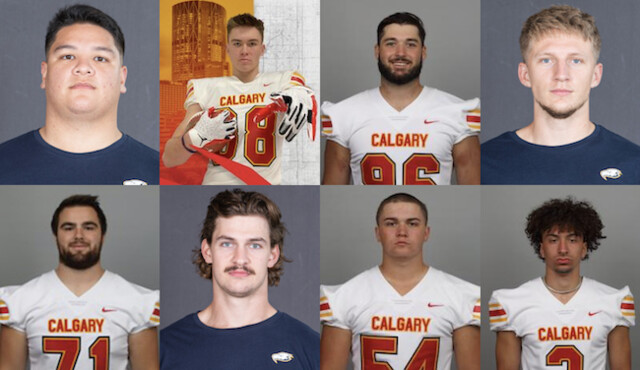 The UBC vs U of C Kalamalka Bowl in Vernon will have plenty of Okanagan flavour.

The exhibition game between the University of Calgary Dinos and UBC Thunderbirds takes place Aug. 24 at Vernon Athletic Park, and a crowd of over 1,500 is expected.

Training camps begin in early August, so final rosters are not yet confirmed. However, there are a large number of players and coaches expected to compete in the Kalamalka Bowl with deep Okanagan roots, organizers say.

In addition, there are also players and coaches who have roots with the Okanagan Sun junior football team or Kelowna Minor Football.

The last time the two teams met was in October 2021 at McMahon Stadium in Calgary, where the Dinos came out on top with a convincing 52-14 victory.

The bowl game marks the first university football game to be hosted in the North Okanagan.

Over two days, there will also be a youth football skills camp, concert and meet and greet at Polson Park, featuring Cod Gone Wild, and a beer garden on game day by Okanagan Spring.

The Kalamalka Bowl Society hopes to make the event an annual occurrence, promoting growth of the game in the community.

Bleacher seats are sold out, but field-level tickets are available at https://kalbowl.com/.