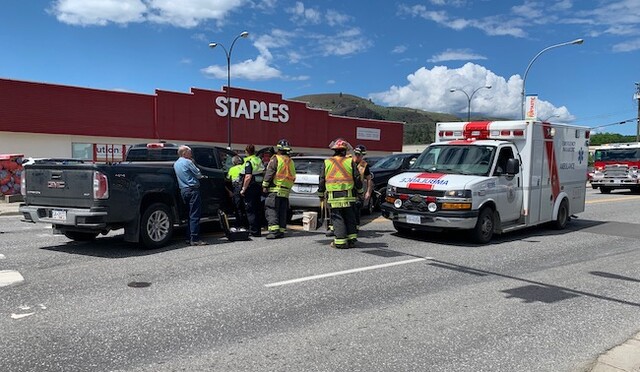 A multi-vehicle crash backed up traffic at one of Vernon's busiest intersections on Highway 97 Thursday afternoon.

Two pickup trucks and a compact SUV collided about 1 p.m. at the intersection of 32nd Street and 32nd Avenue, by the Staples store.

The crash, while not serious, caused significant traffic delays as police, paramedics and firefighters were all on scene.

It didn't appear that anyone was seriously hurt, although paramedics were tending to one woman's arm.

Police were also talking to the driver of a transport truck nearby.