Same culprit appears to be behind gasoline thefts across the Okanagan 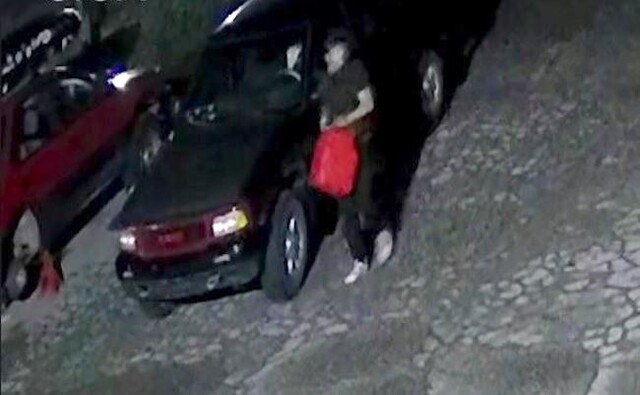 A serial gas thief appears to be making the rounds of the Okanagan.

After reports of gas tanks being drilled in Kelowna, on the Westside and at UBC Okanagan, the same suspect appears to have struck again – this time in Vernon.

Shaun McCoy says someone drilled the tank on his Subaru Impreza on Sunday after he left the vehicle in the parking lot at his work at Kekuli Bay Cabinetry, at the north end of Swan Lake.

Security camera images show a man who showed up in a black GMC Sonoma pickup pulling up beside McCoy's car and holding a jerry can.

The same vehicle appears to have been used in the Kelowna gas thefts as well.

It is believed to have been stolen in Kelowna and was reportedly torched in the bush after the weekend crime spree.

He arrived at work Monday morning in his other vehicle and didn't notice anything at first until a co-worker said 'what's that under your car?'

"Unfortunately, it was kind of vulnerable ... I'd left it up on jack stands," says McCoy, who had been working on the car before halting due to rain, so he left it there for the weekend.

"Luckily, I have another vehicle," he said.

The theft happened about 2:45 a.m. and McCoy says the culprit "sloppily left gas all over the ground, leaving little to collect. In a rage, he attempts to break into the vehicle and ends up tearing a door handle off and not getting inside."

Gasoline thefts has been increasing as the price of fuel lingers above $2 a litre.

In a Kelowna theft on Campion Road, the same black pickup was caught on surveillance video as two delivery vehicles were targeted.

The thief broke into a locked compound to steal the fuel.

The insurer recommends parking in a well-lit area, in a locked garage or compound, adjusting security systems to activate from vibrations such as those produced by a saw or drill, and to report all incidents to police. 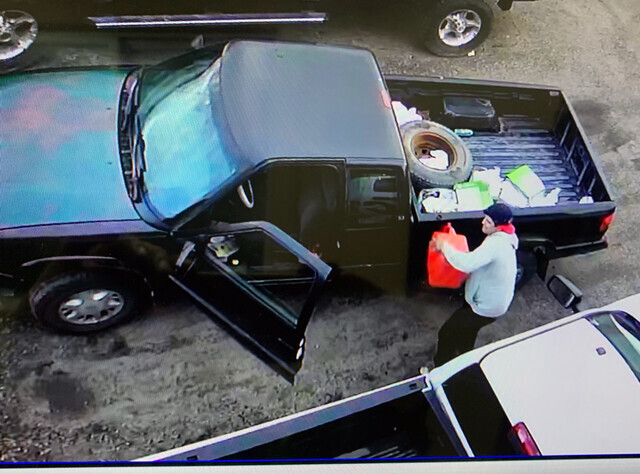