Petition in favour of controversial Vernon mural project has been launched 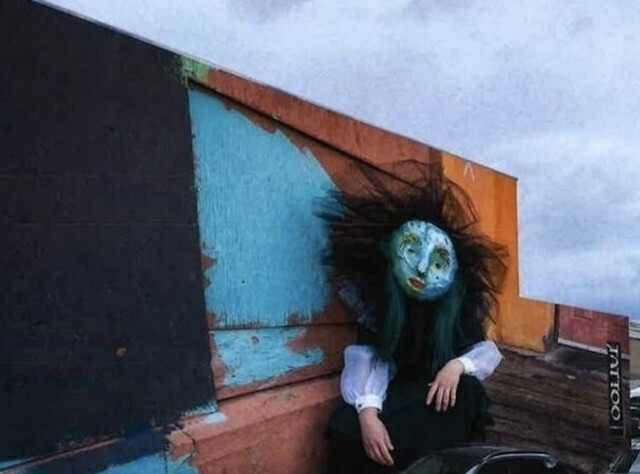 A petition in favour of controversial murals in the city of Vernon has been launched.

A statement on the pro-mural petition that was launched by Kimberly Fuller states: “We, the residents of Vernon who support the arts, endorse the 'Behind the Mask' murals because they represent a missing local perspective. The subjects in these murals are Vernon residents. During workshops put on by Turning Points Collaborative Society, these individuals created their own personalized masks. They then chose the location of their photographs. These are intimate portraits. They deserve respect. They deserve to be seen.”

Katie Green, the artist behind the concept, created a series of "Behind the Mask" murals in Calgary in 2019.

As of noon Saturday, the pro-mural change.org petition had generated 118 signatures.

A petition to stop the "scary clown-mask murals" from being installed was launched a few days ago, and it has almost reached 2,000 signatures.

As of noon Saturday, the change.org petition that was launched by Sharmay Taylor has generated 1,979 names against the Behind the Mask project.

In her anti-mural petition, Taylor states: “The murals are both costly and unattractive. They are frightening to me so I can imagine they would be scary for young children. The art isn’t even completed by local artists. I am asking you to sign this petition so the public and citizens of Vernon can have their say on whether or not we want these awful murals on buildings in our city.

There has been neither consultation nor even a chance for the public to comment on the murals. We we not asking for a referendum, but only that you use the same consultation process you have used in the past over large construction projects. The citizens of Vernon deserve a voice in changes like this in our city.”

Since news of council's approval of $33,000 towards the project - which also received $55,500 through the Canada Council for the Arts - social media has been abuzz with posts about the murals, with many calling them "disturbing."

Coun. Scott Anderson pushed for public consultation on the project, but was outvoted at council.

The murals would be done by Green and are part of a storytelling process on mental health.

Participants were photographed wearing their hand-made masks in a setting of their choosing, and the photographs, which will be shown at the Vernon Public Art Gallery, are the basis for the murals.