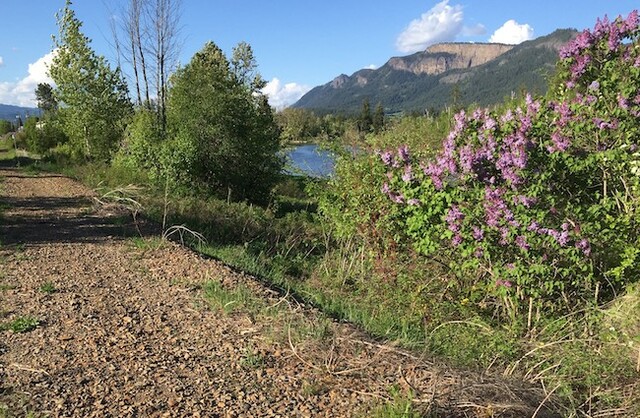 If successful, the funding would develop 42 kilometres of the trail, from the Bruhn Bridge in Sicamous to near Stepney Road in Spallumcheen.

The band is seeking the Infrastructure Canada Federal Active Transportation Grant funding in partnership with the Regional District of North Okanagan and Columbia Shuswap Regional District.

The non-motorized recreational pathway would create new tourism and transportation benefits for the region – including eventual linkage with the Okanagan Rail Trail.

"Splatsin strives to assume the role of caretaker of their traditional lands on behalf of the Splatsin people and the Secwépemc Nation for the benefit and use of the Secwépemc people and its neighbours now and in the future," says Kukpi7 (Chief) Doug Thomas.

"The economic and land management benefits are the tip of the iceberg. The rail trail will promote a healthy lifestyle and exercise, family outings, the appreciation of nature and knowledge of the land, as well as an improved understanding of the Secwépemc values and culture."

When complete, the trail will stretch 50 kilometres, however, the final 7.4-kilometre section near Armstrong is not a part of the current application.

It will be considered for other grant applications in the future, say trail proponents.