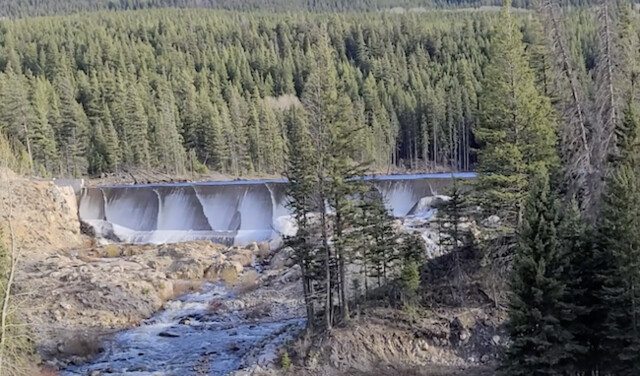 A Coldstream man's road trip captured a unique phenomenon at a dam in the Southern Interior.

Randy Szasz was on his way to Osprey Lake, located about halfway between Princeton and Summerland, when he encountered an unusual sight last week.

In a video he posted to the Hell Yeah Vernon! Facebook group, Szasz captured wind-driven waves cascading over the Thirsk Lake dam in a mesmerizingly rhythmic pattern.

"We were driving by the the dam on Thirsk Lake and had to stop and record this phenomenon of waves washing over the dam pushed by the big south wind," he wrote on the post.

"It was such a unique thing to see," he told Castanet.