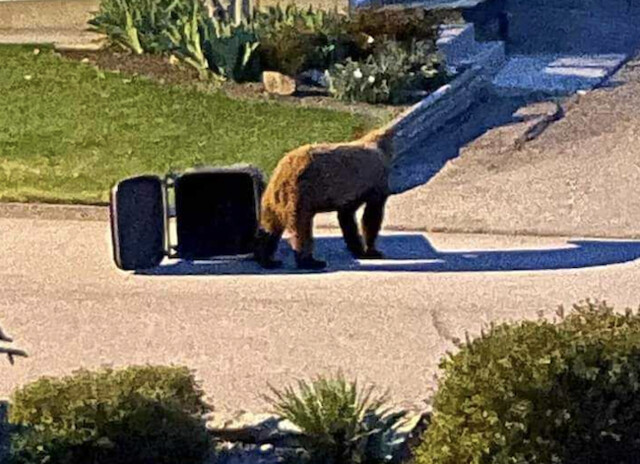 A momma bear and cub have been spotted wandering around Coldstream.

According to a post in the Coldstream Community Forum by Kelly Zazzara, the bears were seen going through garbage cans at 4:30 a.m. Wednesday on Holtam Drive, which is close to Kidston Elementary School.

The bears went into carports and through yards and were not bothered by Zazzara's clapping and trying to shoo them away.