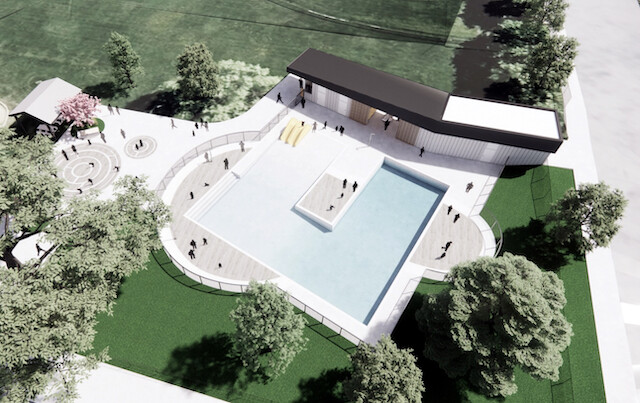 Vernon city council is hearing from the "peanut" gallery.

Three councillors said during Monday’s meeting they’ve heard from residents who are disappointed in the proposed new shape of Lakeview Park's wading pool.

Known affectionately as the “peanut pool” because of its shape, the aging outdoor amenity is being revitalized in a $3.3 million project.

“The peanut pool is iconic. It’s generational. It’s something that is a staple for the community,” said Coun. Kari Gares. “No one knows Lakeview Park. They know it as the ‘peanut pool.’”

Gares said she appreciated the way the peanut shape is being captured in the design of the adjoining splash park.

Still, earlier in the meeting, during councillor inquiries, Gares said: “I think it’s important that we keep with that iconic symbol if we can.”

Anderson, however, noted he likes the plan.

“I always look for the flaws first, and I can’t find them,” he said.

The estimated cost of revamping the pool has grown by $800,000 – from $2.5 million to $3.3 million. It would replace the old pool with a new, more accessible pool, splash park and new change rooms.

More than half the cost will come from the Canada Infrastructure grant funding.

The design reflected feedback from a public engagement survey in February.

Demolition of the existing pool is planned for late June. The entire project is scheduled to be complete by the end of June next year.