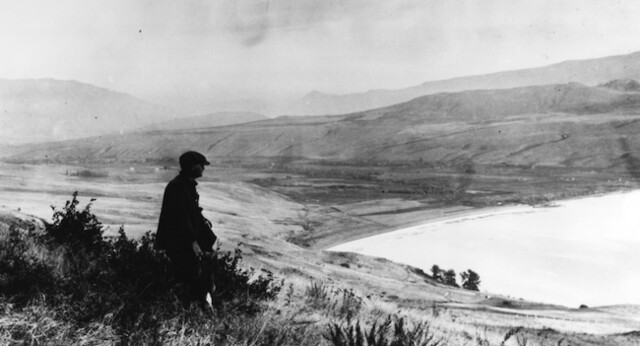 Vernon's museum is "Going the Distance."

Peter Tassie and Richard Shoesmith will take people on a journey through the history of land development and surveying methods in the Greater Vernon area, from the earliest inhabitation by non-Indigenous settlers until the late 20th century.

Tassie was raised on an orchard in Coldstream and followed his father, Gilbert Tassie’s, footsteps in becoming a land surveyor and engineer.

Tassie also served in the planning department for the City of Vernon.

Shoesmith refers to himself as a “mostly retired” land surveyor, whose work has taken him around the world. He always returns to the primary focus of his work – and his home – the North Okanagan.

The two will present on of some of the events and conditions from 1846 to 1871 that resulted in British Columbia becoming a province.

They will discuss the first Crown grants and subdivisions around Vernon, the “big ranch phase,” the Shuswap and Okanagan Railway, and impacts of the Great Depression and the two world wars.

The presentation will then go through the latter half of the 20th century, with all the transformations in land surveying, surveying equipment, and land development of that era.

Shoesmith and Tassie will offer their own recollections and context as surveyors working in the North Okanagan, the impacts of how and when, and by what methods land was explored and surveyed, as well as the impacts of settlement and population growth in the area.

A lot of local history will be learned along the journey through time.

Going the Distance takes place on May 13, from 1 to 3 p.m. at the Museum and Archives of Vernon, 3009 32nd Ave. Admission is by donation, but seating is limited, so pre-registration is needed.