Badger spotted in BX area of Vernon; only 25-30 believed to survive in the Okanagan 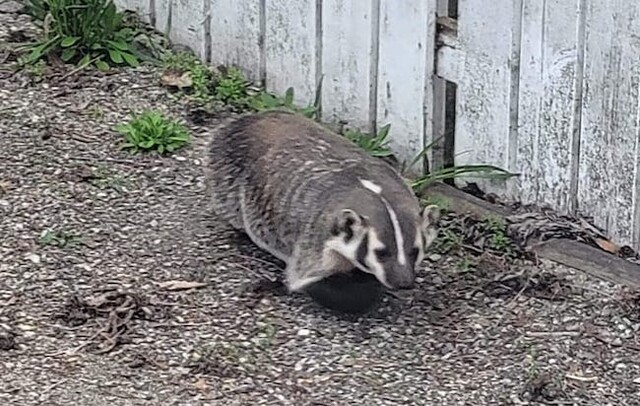 A badger has been spotted roaming neighbourhoods in Vernon's BX district.

Brodie Dranchuk shared a photo of a healthy-looking badger in the Vernon & Area Community Forum.

The animal was seen running along a fence line in the Gibbs Road area, near Cools Pond.

"Watch your pets and kids," Dranchuk wrote, adding he had called the badgers.bc.ca hotline.

Badgers are a red-listed species in B.C.

They are one of the largest members of the weasel family and can weigh from six to 14 kilograms, growing to a length of 65-90 centimetres.

They are known for their fearless nature and can make a formidable foe for any pet unlucky enough to encounter one.

The badger is at risk in B.C. due to habitat loss.

Badgers are carnivores and can be valuable for controlling rodent populations.

The burrowing creatures typically mate in July or August, with young being born around April. Litters vary from one to four kits.

If you see a badger in an urban area, you can report it at badgers.bc.ca.