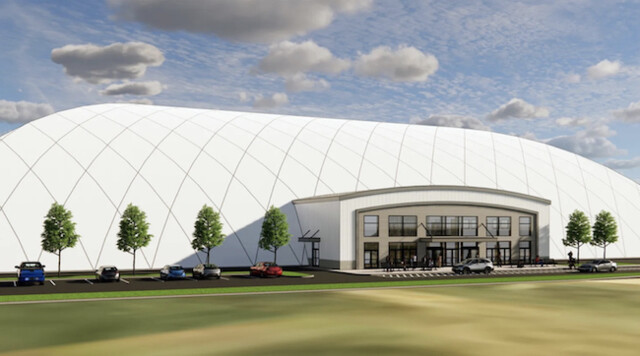 The club is calling the proposed 66,000-square-foot structure the SkyDome.

"Following in the footsteps of our hockey, soccer, and pickleball neighbours, we believe Vernon needs this facility," the group says in a proposal to city council.

It's asking the city to partner on the project by allocating land as part of the Kin Racetrack redevelopment plan, and a portion of the project funding provided through grants or loans.

It's also seeking the transfer of all Vernon volleyball recreation over to Sky Volleyball and would commit 15% of court time for public use.

Sky is the second largest volleyball club in B.C. with more than 450 members.

It added the Sky Gateway training facility in 2021 on Silver Star Road.

It says the dome would provide a year-round facility that could attract tournaments and training camps, would free up other gym space, and could also be used for trade shows and conferences.

"Sky Volleyball Club would like to ask the City of Vernon, to be a partner. In principle, we’d ask for a similar deal to those already put in place with other Sports in Vernon," the group asks.

The presentation will come before council on Monday. 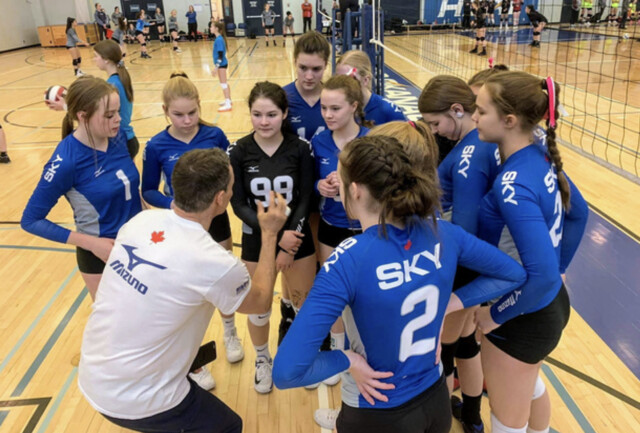