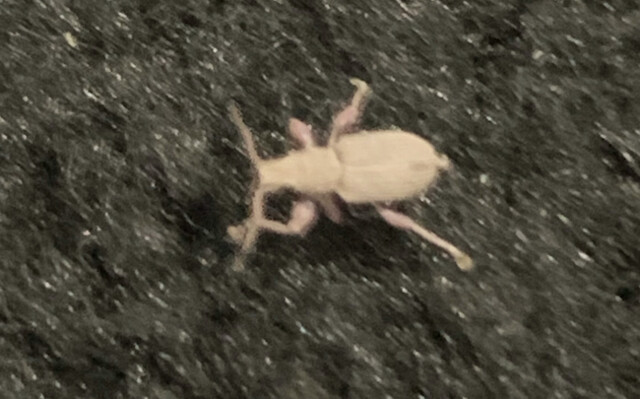 Every Friday from spring through fall, Castanet features a different insect or arachnid spotted roaming the Okanagan by readers.

From some very scary spiders to winged creatures and everything in between, the Okanagan has no shortage of creepy crawlies running about.

And one of those bugs got the attention of Aussie Mike Cantle.

“I'm in Australia and this thing crawled over my wife in bed. Looks similar to your masked hunter,” Cantle said in an email.

And indeed the Aussie bug looks quite similar to the Canuck version.

According to the University of Michigan website, “the masked hunter is a curious oddity of a bug that occurs throughout the U.S. and southern Canada. It was introduced from Europe before the beginning of the century. Both adults and nymphs are predators that feed on other insects including flies, carpet beetles, mealworms and bed bugs.

Perhaps Cantle's bug was a European import as well.