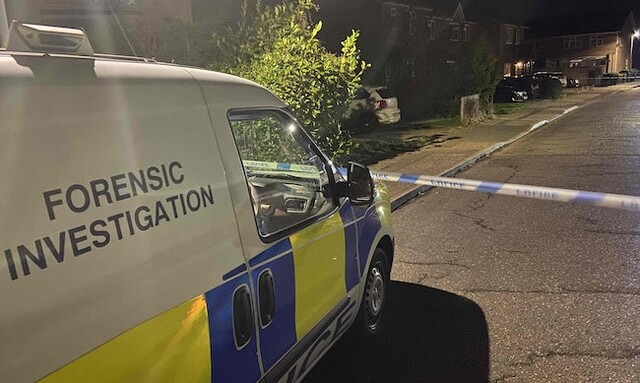 This in the wake of the tragic murder of young Vernon woman Ashley Wadsworth in England – allegedly at the hands of a man she had crossed the globe to meet.

"We want to express our heartfelt condolences to her family and friends," Demetrick said Friday.

"In a small community like Vernon, a loss like this is felt by everyone because there are so many connections within the community to Ashely and her family."

Demetrick said overseas dating adds "a whole other element of vulnerability and risk" for women – "especially when there's such a long distance involved."

She said it can be "exponentially more dangerous" when travelling overseas to meet someone because the woman is unlikely to have a support network close by or to know any community connections that could provide help if it is needed.

Demetrick described Ashley's death as a "gut-wrenching tragedy" and warned: "I don't know that there's any way to do it safely" when it comes to international dating.

Jack Sepple, 23, has been charged with Ashley's murder.

Despite the risks, such dating has become popular among young people, perhaps fuelled by TV shows like 90-Day Fiancé and others.

When meeting locally, women can have a friend sit at a nearby table or meet in familiar surroundings, but in a foreign country that's not possible.

"Intimate partner homicide is always a tragedy, but Ashley being only 19 years old makes this situation even more heart rending," said Demetrick.

The Archway Society notes domestic violence has spiked during the COVID-19 pandemic.

"We have seen a really dramatic spike in the number of women seeking our services," says Demetrick, "and also in the severity of the abuse and potential for really grievous harm.

"As an agency, we also are seeing a disturbing trend involving adolescent dating violence."

Archway offers programs for children and youth who have experienced domestic violence, abuse or sexual assault.

It also is working with schools in the North Okanagan, bringing presentations to classrooms that include information on the warning signs of dating violence.

Archway's services are always free, and help can be reached through its website.