Vernon museum looks back on the Chinese New Year of 1922 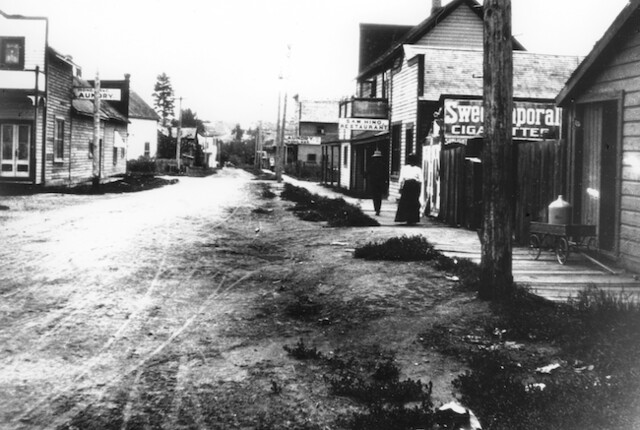 Photo: Museum and Archives of Vernon
An early photo of Vernon?s Chinatown, taken in the lunar year 4608 (1910).

2022 is a Year of the Tiger, and those born under this zodiac are said to be ambitious, daring, enthusiastic, generous and self-confident.

This festival is celebrated each year in China, as well as Vietnam, North and South Korea and Tibet, under different names, and is based on the ancient Chinese lunar calendar, as opposed to the Western solar calendar.

Each month in the lunar calendar is 28 days long, so a year lasts between 353 and 355 days. Determining the date of the Chinese New Year requires some complicated calculations, but it typically occurs on the second new moon after the winter solstice, either in late January or early February. A variety of beliefs and traditions are attached to this special occasion.

In 1922, a reporter from the Vernon News was granted the honour of attending a Chinese New Year celebration in Vernon’s Chinatown.

That year, the festival fell on Saturday, Jan. 28. He started off by saying that although the celebration was great fun, he hoped it would be the last for a while, since with Christmas, the Solar New Year, Robbie Burns’ Night and the Lunar New Year all occurring in a little over a month, many of Vernon’s business men were struggling to get back on the “Water Wagon.”

To celebrate the occasion, Chinatown was wonderfully decorated with strings of fruits, vegetables and gold-and-red emblems.

Tangerines, mandarins, and kumquats, in particular, are a popular decoration for Chinese New Year as they are said to symbolize wealth and good luck. In a similar manner, the colours red and gold are symbolic of joy and prosperity, respectively.

The reporter also noted that genuine “greenbacks,” dollar bills, had also been used to decorate.

A thrilling performance was held in the centre of a square in Chinatown, including acrobatic and magical acts, and of course, the celebrated Chinese Dragon Dance, distinguishable from the Lion Dance in that it requires a larger group to manipulate the creature.

The reporter remarked on the hospitality of the crowd, and a lucky number of Vernonites who were later invited to a somewhat-secretive New Year’s feast held by one of Chinatown’s leading business owners loudly praised the generosity of their host.

The final moments of the lunar year 4619 exploded in firecrackers and fireworks, as a new Year of the Dog was ushered in.