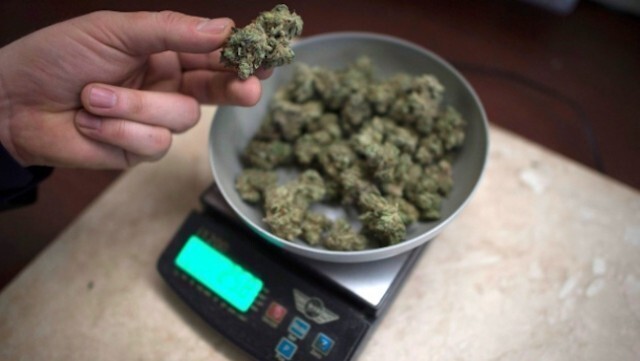 A letter from B.C.'s minister of public safety and solicitor general confirms provincial authorities are focused more on building relationships with First Nations rather than enforcement.

The letter from Minister Mike Farnworth states: "Undertaking enforcement action on First Nations lands without the support of community leadership will likely lead to issues being litigated and strain relationships with First Nations communities.

"Even more, this approach is unlikely to achieve compliance and Indigenous participation in the legal cannabis industry."

This in response to as many as a dozen unlicensed retailers operating on Splatsin First Nation land in the North Okanagan.

River Johnson of High Status cannabis says she has been forced out of business on the reserve by non-native operations horning in on the territory. Her closure will leave just a single Splatsin-run cannabis operation out of a dozen currently in business.

Cannabis Collective spokesperson Mariana Wolff of the Cannabis Cottage is ready throw her hands up.

"What's the point of jumping through all the legal hoops we have jumped through?" she wondered aloud.

"At least we know now where the province stands and their plan for action – which is nothing."

In his written response to opposition critic MLA, Prince George-Mackenzie MLA Mike Morris, Farnworth continued: "I want to assure you that the the Community Safety Unit is working to shut down the illicit market and making an impact.

"More than 170 unlicensed stores have closed because of CSU actions. This includes taking enforcement actions against over 75 unlicensed cannabis retailers, removing over $25 million worth of cannabis products from the illegal market, and issuing 42 administrative monetary penalties."

However, the minister said decisions regarding investigations and enforcement are made at arm's length from government, "and we cannot interfere with or direct the CSU on such matters."

He said the CSU is engaging directly with First Nations and takes into consideration reconciliation efforts – and that it has shown "positive results ... some First Nation governments have helped obtain compliance from some unlicensed retailers."

In his own letter, Morris stated he is concerned by statements that "non-Indigenous people coming to the reserve to 'skirt provincial rules and set up cannabis stores' has oversaturated the market."

"How many illegal cannabis stores have been targeted by the Community Safety Unit and shut down, how much illegal product has been seized, and how many penalties have been administered against illegal operators?" he wrote.

Retail sales in July of last year totalled $48.52 million, according to data from Statistics Canada.

He said there are now more than 400 authorized stores across the province.

"It's almost encouraging them," Wolff said of the lack of enforcement against illicit operators.

Somewhat surprisingly, Farnworth adds almost as an afterthought at the bottom of his letter that there are also concerns about diversion of medical cannabis to illicit channels.

"The province has been advocating for Health Canada to undertake a comprehensive review and reform of the medical cannabis program because there is significant evidence of diversion to illicit sales channels," he writes without further explanation.