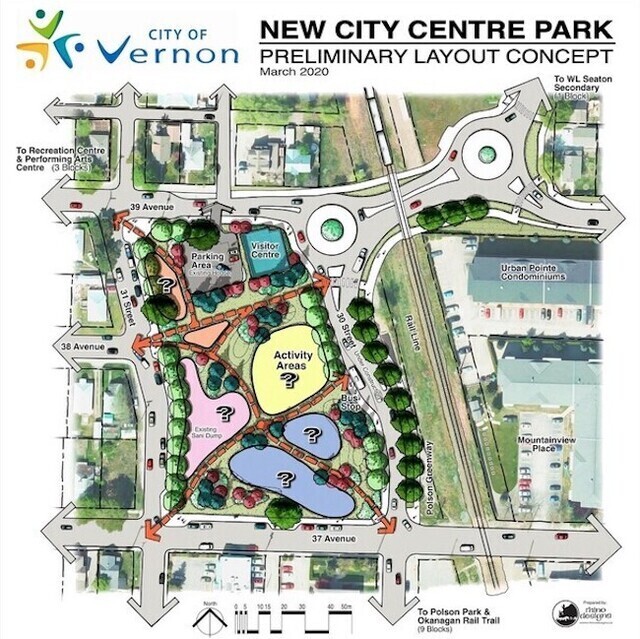 The City of Vernon has acquired the last piece of the puzzle for the forthcoming Civic Memorial Park.

The park, on the former Civic Arena site between 37th and 39th Avenues, will fill the area between 31st Street and the CN Rail line.

Spokesperson Christy Poirier confirms the city has purchased the last house that was standing beside the former visitor information centre on 39th Avenue.

Two other homes that stood by the corner at 31st Street were previously demolished.

Work began last year on other parts of the site, which was also used as a staging area for construction of the double roundabouts on 39th Avenue.

The park will include green space, a playground, activity areas, trees, and an extension of the Polson Greenway.

Preliminary concept drawings show the area where the home was purchased will become a parking lot.