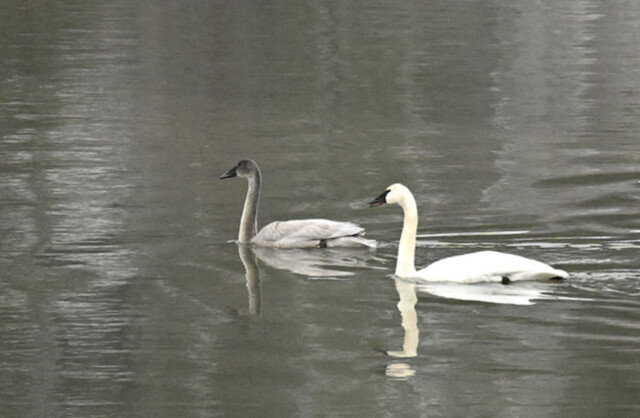 Birds of a feather were found flocking together during the annual North Okanagan swan and eagle count.

On Jan. 16, members of the North Okanagan Naturalists Club braved the cold and snow to see how many of the big birds they could spot.

The event is a citizen-science initiative by teams of volunteers interested in the well being of bald and golden eagles as well as trumpeter and tundra swans.

The count covers a region roughly from Oyama to Mara Lake and from Otter Lake/Head of the Lake to Mabel Lake.

The statistics gathered are forwarded to a biologist in Kamloops, where they are compiled in a report covering the entire B.C. Interior.

The summary report is forwarded to the Canadian Wildlife Service, and statistics have been used in the past by students in post-secondary institutions.

The survey started in the early 1970s and has been conducted every year since in mid-winter.

This year's figures for the North Okanagan are as follows: