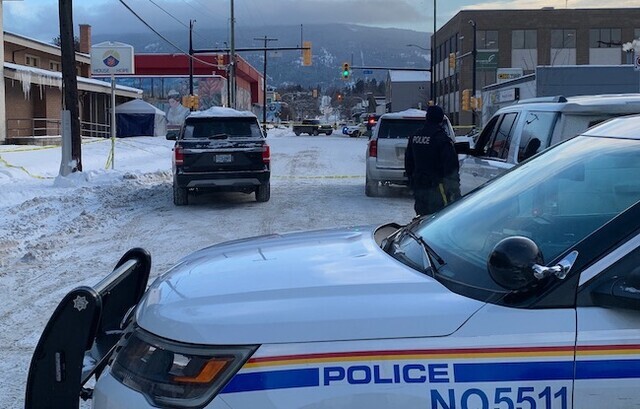 A death in downtown Vernon earlier this month has been ruled a homicide.

Vernon RCMP are investigating the city's first murder of 2022 after a body was found outside the Salvation Army House of Hope in the early hours of Jan. 5.

Police now say the victim died as a result of homicide.

About 2 a.m. Jan. 5, police were called to assist BC Ambulance Service personnel who had responded to a report of an unconscious person on the 3300 block of 32nd Avenue.

“The person was determined to have been deceased prior to the arrival of first responders, and an initial assessment of the victim’s injuries indicated the death to be suspicious,” says Vernon RCMP spokesperson Const. Chris Terleski.

The findings of an autopsy confirmed the death to be the result of homicide.

Investigators would like to speak to anyone who was in the area between 1:30 and 2 a.m. that day.

“If you witnessed anything suspicious or have information related to the incident, please contact the Vernon North Okanagan RCMP at 250-545-7171,” Terleski asks.