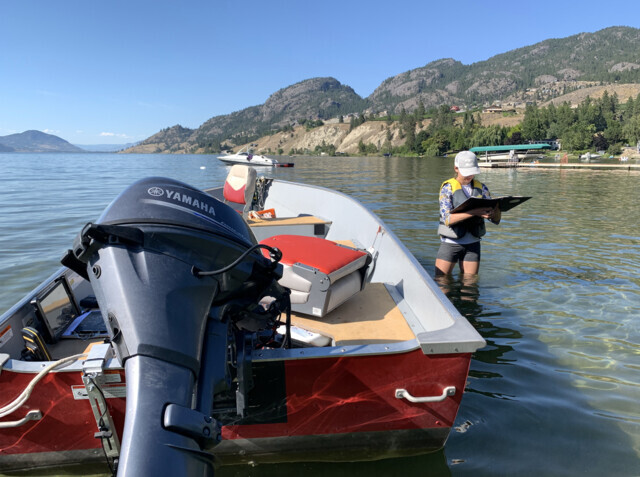 Vernon's mayor has concerns over the level of Okanagan Lake.

“Many docks are standing a metre or more above the water level, effectively making them inaccessible to watercraft,” he said.

“A higher-than-normal snowpack in early 2021 led to a drawdown of the lake in anticipation of a large runoff,” Rasmussen said. “However, conditions changed – BC experienced the heat-dome phenomenon and drought-like weather developed. Maintaining normal water levels is difficult during periods of drought.”

Rasmussen said water managers have been working to keep the lake as high as possible while balancing the lake level with downstream minimum requirements for fish and irrigation.

Rasmussen pointed out the current lake level is similar to the significant droughts in 2003 and 2009.

“Current levels are lower than 2009, but higher than 2003,” he said, adding the snowpack in the following winters of those droughts were big enough to largely replenish the lake and bring it back to its normal pool.

“We expect this year's developing snowpack will also be adequate, although a second drought year could create further problems.”

“The greater concern would be if the lake were to drop significantly over the winter, however, that situation is unlikely with the minimum outflows projected.”