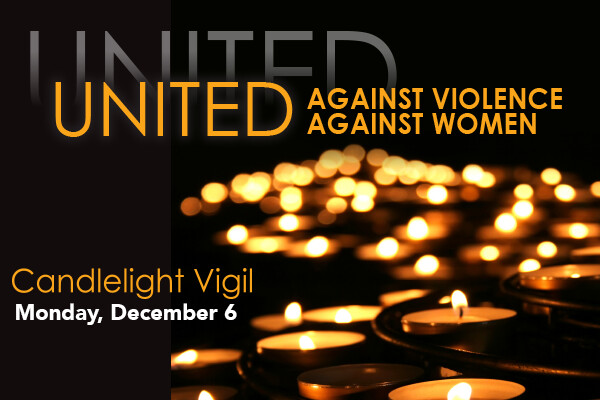 The Vernon and Salmon Arm Okanagan College campuses are holding a candlelight vigil as a symbolic commitment to end violence against women.

Communities in the Okanagan Shuswap are marking the 32nd anniversary of the École Polytechnique Massacre, in addition to the ongoing cases of missing women from the region, with a Candlelight Vigil on Dec. 6, co-hosted by a network of organizations and volunteers.

“The SAFE Society has been partnering with Okanagan College and students for over a decade to offer the Dec. 6 event, as an important way to remember and honour women who have lost their lives due to violence or continue to struggle with it,” said Kathy McIntyre-Paul, Stopping the Violence Counsellor, SAFE Society.

This year, organizers are returning to the Salmon Arm and Vernon campuses for in-person vigils, held outdoors.

“Dec. 6 has come to symbolize the threat and reality of violence in women’s daily lives. Every six days in Canada, a woman is killed by her intimate partner,” said Micki Materi, Co-Executive Director of Programs, Archway Society for Domestic Peace.

“More than 6,000 women and children sleep in shelters on any given night because it isn’t safe at home. Indigenous women are almost seven times more likely to be murdered than non-Indigenous women. We must remember and then we must act – because we won’t end violence against women until we achieve equality.”

On Dec. 6, 1989, an armed man walked into a classroom at Polytechnique Montréal. He separated the male students from the females, and killed 14 women.

Now known as the École Polytechnique Massacre, the attack stunned the country and sent shockwaves throughout the entire world, prompting discussion about access and inclusion of women in post-secondary education.

For more than 30 years, post-secondary institutions have held vigils and ceremonies to remember the tragedy.

“While we know that this issue has been given national attention, we can’t forget that this can and does happen close to home. Events like this reaffirm our commitment to supporting our local communities,” said James Coble, Director of Student Services, Okanagan College.

“Okanagan College stands in solidarity with families and friends of missing women, and know, for many, this event can act as a catalyst for healing.”

Vigils will be held at the Salmon Arm and Vernon campuses starting at 4:45 p.m. on Dec. 6.

Meet outside the cafeteria at each campus at 4 p.m.