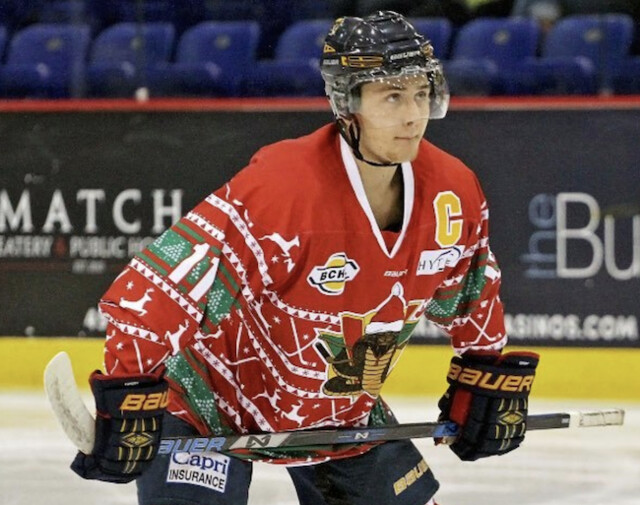 Photo: Twitter
Jagger Williamson, shown here when he was captain of the Vernon Vipers, has scored two goals in two games in the Federal Prospects Hockey League.

Jagger Williamson is on a two-game scoring streak with the Columbus River Dragons.

Williamson sat out last season and breaking his leg in his first season of pro hockey.

But he returned to the ice last week and made a quick impression on his team and fans.

Williamson also collected one assist in the Nov. 20 game and earned second star honours in the 6-1 victory over the Thunderbirds of the Federal Prospects Hockey League.

Williamson played for the BC Hockey League Vipers for five seasons from 2014-19.