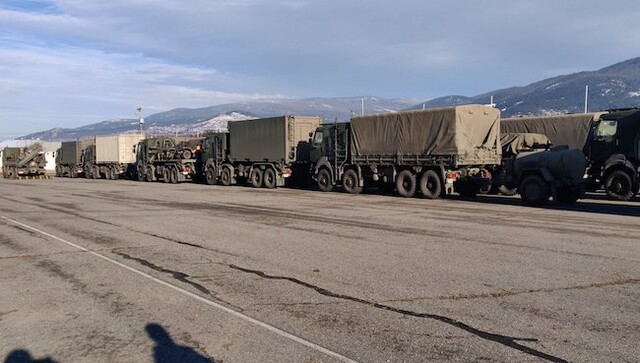 A military convoy arrived in Vernon overnight to assist in the response to B.C.'s flooding and landslide emergency.

The convoy of heavy vehicles arrived at the Vernon Cadet Training Centre and is expected to fan out to disaster scenes devastated by last week's torrential rains.

Highways impacted by the storm have been limited to essential travel only and remain heavily damaged.

A military reconnaissance group has also been dispatched to the provincial emergency operation centre in Surrey.

The convoy in Vernon included 27 trucks hauling supplies from Edmonton.

We're awaiting more information from military personnel on the ground.