Scaring up some fun 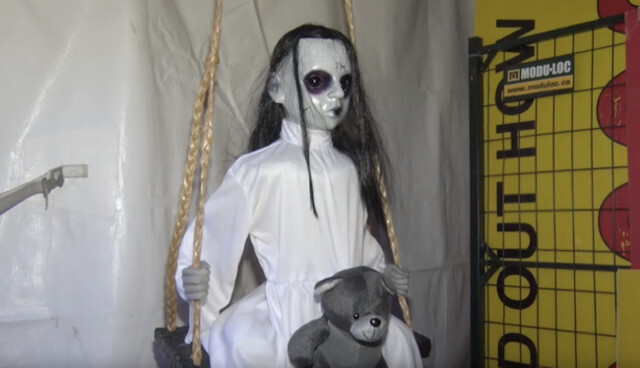 A haunted house will be scaring up some funds for a worthy cause.

On Oct. 30-31, a Vernon home will be filled with thrills and chills to raise money for the Indian Residential School Survivors Society.

Mike O'Garr and his wife, Sue Allin, have once again turned their home into a haunted house and O'Garr said this year it will be bigger and better than ever.

O'Garr has been adding to the experience annually, and this year he purchased numerous items from the popular Grenfell Road haunted house in Kelowna, making the Vernon Horror House, 2505 39th Ave., the most elaborate it as ever been.

“We've done it for free for the past few years and each year it gets a little bit bigger. This year it is a lot bigger,” said O'Garr.

“Last year, we had a lot of people say we should pick a charity and they would be happy to donate. Given everything that has happened this year, we though the Indian Residential School Survivors Society would be a great charity.”

O'Garr said as it is a haunted house, the goal will be to frighten people, so those attending should be prepared, but they will also do a less-scary event earlier in the day for children.

The Horror House will feature actors, 'jump-scare animatronics' and other ghoulishly fun attractions.

“We are going to try to spook people,” said O'Garr.

O'Garr said his family has always enjoyed Halloween and have been decorating for years so “one thing led to another and it turned into this big charity drive.”

In previous years, O'Garr would set up on the front porch, “but this year it is going around the entire house.”