White Rock Lake wildfire: a timeline from start to its control

Few people outside a handful in the Douglas Lake Ranch area were worried about a new fire when it started on July 13.

The White Rock Lake wildfire would go on to scorch more than 83,000 hectares and destroy dozens of homes across a broad swath of the Southern Interior.

Here is a timeline of key developments in the fire's path to coming under control after the Labour Day weekend.

July 14: Evacuation alert issued for residents on Douglas Lake Ranch. The fire was estimated at 300 hectares in size after just one day, between Westwold and Merritt.

July 17: Evacuation alerts expand as the fire burns out of control at 2,500 hectares in size. Douglas Lake Road closed to public.

July 18: Properties near Westwold ordered to evacuate as fire moves quickly. Now an estimated 3,000 hectares in size. Lodging in Kamloops full due to other fires, evacuees told to go to Kelowna. Wind pushes fire growth on north side of fire. Four personnel, nine pieces of heavy equipment and three helicopters responding to the fire.

July 20: Monte Lake residents express fear as fire nears and concern that more resources were not put on it sooner. Fire now 4,300 hectares in size.

"We know we saw a lot of growth toward that community (Westwold) and unfortunately that is probably the way it is going to go in the short future here," said fire information officer Mike McCulley.

July 26: Evacuation alerts for recreation sites near Pinaus Lake and Bouleau Lake. Fire grows to an estimated 12,500 hectares with aggressive behaviour in the Sawmill Lake and Jimmy Lake areas.

July 28: BC Wildfire Service conducts planned ignitions along the east flank of the fire. Blaze is now estimated to be 20,000 hectares in size. Hydro lines impacted in Westwold area.

July 31: Wildfire estimated at 24,000 hectares with growth to the east and northeast, 10 millimetres of rain gives firefighters a reprieve on northern flank.

Aug 1: Most flights in and out of Kelowna International Airport over B.C. Day Long weekend cancelled due to heavy smoke. Armstrong uses IPE fairgrounds to house evacuees with livestock. Fire now estimated at 32,000 hectares in size, about 12.5 kilometres from western shores of Okanagan Lake. Evacuation order for large area of Westside Road and OKIB. City of Vernon activates Emergency Support Services Reception Centre.

Aug 4: RDCO expresses frustration as about half of Westshore Estates residents ignore evacuation order. Drivers warned not to stop on Highway 97 between Kamloops and Vernon. Entire community of Falkland under evacuation order.

Aug 10: Residents of Monte Lake say they were left on their own to save what they could. "There was a lack of response and a lack of help," said one resident. "All the residents of this valley have been screaming for help from BC Wildfire, but we have been all but neglected."

Aug 11: Boaters urged to stay away as some interfere with helicopters filling buckets in Okanagan Lake. Structures said to be lost in Bouleau Lake area.

Aug 15: Day turns to night in Spallumcheen as a massive cloud of smoke turns street lights on by 4 p.m. Wildfire Service says fire took "a significant run" along Westside Sunday night with winds up to 60 km/h.

Aug 18: Anger and confusion over evacuation of West Kelowna seniors home residents as they are forced to wait for hours on a plane at Kelowna Airport for flight to the Lower Mainland.

Aug 23: Planned ignition on northeast flank sends tower of smoke above OKIB, visible across North Okanagan. Information session set for Westside property owners. Westide residents whose homes damaged by the fire escorted on a tour of the damage.

Aug. 24: Media escorted on bus tour of devastation in Westside fire zone, 78 properties "directly impacted." Fire continues to be classified as out of control at 80,951 hectares.

Aug 26: Wildfire Service firefighter not seriously injured after taking 100-foot tumble and being airlifted from scene.

Aug 27: Canadian Armed Forces members move from Oliver, where they had been fighting the Thomas Creek wildfire, to Vernon to assist with the White Rock Lake wildfire. More troops also come from 100 Mile House.

Aug 30: Massive controlled burn west of Vernon brings fire down to control lines on northeast of the fire, reducing the risk of growth and further damage to structures. 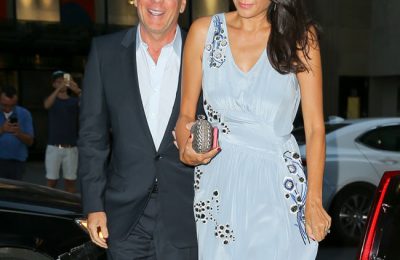