Winter has not arrived yet 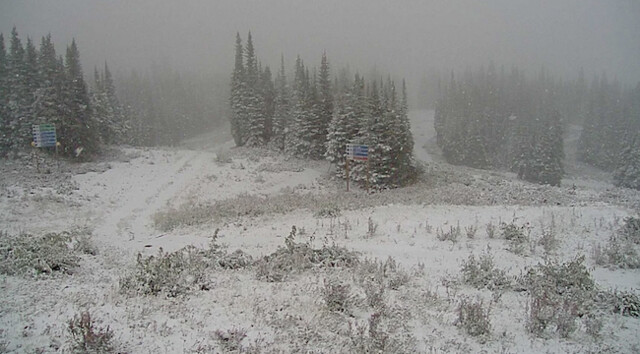 Yes, there was snow falling on the Coquihalla and some BC Interior ski hills, but that does not mean summer is over.

It does mean things are cooling down a lot.

From a record heat wave in June that lead to one of the worst fire seasons on record, a cold front has a brought a drastically different climate to the region.

Lisa Erven, Environment Canada meteorologist, said the cool temperatures on the last day of August resulted in flurries in certain areas including Silver Star, Whistler and parts of the Okanagan Connector, but as the day progressed, things warmed up and the snow disappeared.

And other than at very high altitudes, it does not look like it will be returning anytime soon so there is no need to dig out the boots and winter jacket just yet.

Erven said the cold air mass moving across the Southern Interior will give way to warmer temperatures Wednesday, but things will cool down again in a couple of days.

She said there have been instances of snow in August, but it does not stick around for long.

“It certainly is a cold weather pattern for August and it does happen from time to time that we have these cold upper lows moving through and this is what happens,” she said. “It is a bit of a shock that fall might be arriving.”

The official first day of fall is Sept. 22.

And winter tires are mandatory by Oct. 1.