The BC Wildfire Service says planned ignitions are completed for the evening, but the area will continue to burn and produce smoke over the next several days.

BCWS says the burns brought the fire down to established control lines in key areas on the northeast of the fire, reducing the risk of growth and further damage to structures.

It also means that BCWS might be able to recommend that local authorities downgrade evacuation orders and alerts much sooner. Containment could not be possible in 7-10 days instead of upwards of six weeks if the fire had been left to naturally reach containment lines.

Ground crews and aerial resources will remain on-site to patrol the containment lines. 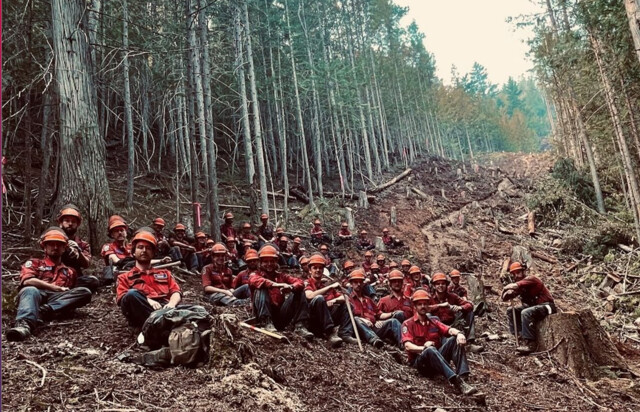 Central Okanagan Emergency Operations asks residents waiting to get back in to see their properties to have patience.

“We understand that residents are anxious to know when they can get back into their communities,” says Corie Griffiths, Regional EOC Director. “But there is a lot of work that needs to be done across multiple agencies to ensure that these areas are safe before residents return.”

The Emergency Operations Centre says it’s mobilizing all available resources to allow residents to safely return as soon as possible but notes additional work still needs to be done.

That includes assessing all structures for fire-related damage and ensuring residents will have access to telecommunications so they can contact emergency services. As well, the B.C. Ministry of Transportation and Infrastructure is still assessing the safety of Westside Road, and it will remain closed until work is complete.

Unfortunately, RDCO is still not able to provide a timeline for when all the work will be done. However, by mid-week, residents will be provided with a Return Home Guide and will be invited to attend a Return Home Information Session.

The BC Wildfire Service says the massive 3,000 hectare planned ignition that started this morning is about halfway complete.

"A column will be visible from surrounding communities, and increased smoke in the area may be observed this evening. The operation is meeting the object of fine to medium woody debris removal, while leaving the majority of large timber," BCWS said.

The BC Wildfire Service says a 3,000 hectare controlled burn underway right now on the White Rock Lake wildfire is "meeting objectives set in the planning phase."

The plume of smoke from the very is visible from across the region and will contribute to increased smoke this evening.

"The first section in the Irish Creek area is complete and the second section along Six Mile Creek is underway," BCWS said at 1 p.m.

Operations are expected to start immediately.

“The fire is hung up pretty high on the hillside,” said BCWS operations chief Andre Chalab. “It’s fairly dangerous for our firefighters to work on. The slopes are upwards of 70 per cent.”

He said there is a significant amount of fire fuel and heavy timber in the area between Six Mile Creek and Irish Creek Rd. Chalab said the burn will be removing that fuel to remove the threat of the fire on the Westside Road communities.

“The fire does have the potential to continue spreading toward the highway and impact communities, houses and infrastructure,” he said.

“This is the best option, it is the safest option,” he added.

A smaller controlled ignition also took place Sunday night above Valley of the Sun, which prompted worry from residents.

“I was reminded tonight of how frayed all our nerves are in regards to the wildfires,” says North Westside Fire Chief Alex Van Bruksvoort in a statement Monday morning.

“I received multiple calls today and tonight about the fires burning above Valley of the Sun. North Westside Fire Rescue was there standing by as BC Wildfire did controlled ignitions. We did this to ease the fears of all the residents and the Firefighters. Please be patient as all this is being done to safeguard your neighbourhoods on the North Westside.”

Residents near the fire should expect to see a significant amount of smoke as the controlled burn takes place. 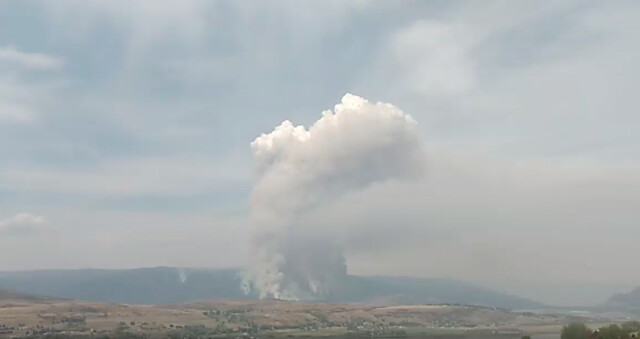 A massive controlled burn is expected to take place today at the White Rock Lake wildfire.

The 3,000-hectare burn will take place in the Irish Creek Road area and will be “low intensity with low tree mortality,” according to the BC Wildfire Service.

The ignitions are planned to take place in three phases.

“First, a heli-torch machine is used to build heat and create a column within the burn area. This draws the main ignition up and into the column well within established control lines,” BCWS said Sunday.

“Second, a plastic sphere dispenser will be used to conduct the main ignition in each section to manage fire intensity and utilize terrain to draw fire into the column. Third, ground crews will ignite from control lines using drip torches to bring fire right to the guards in a controlled manner.”

The burn is being conducted to remove fuel that otherwise would burn well into the winter, and given this year’s drought, possibly re-ignite in the spring.

Crews have been preparing for the burn for several days, with a large fuel-free guard now constructed that will act as containment for the ignition.

This story will be updated as more information becomes available throughout the day. 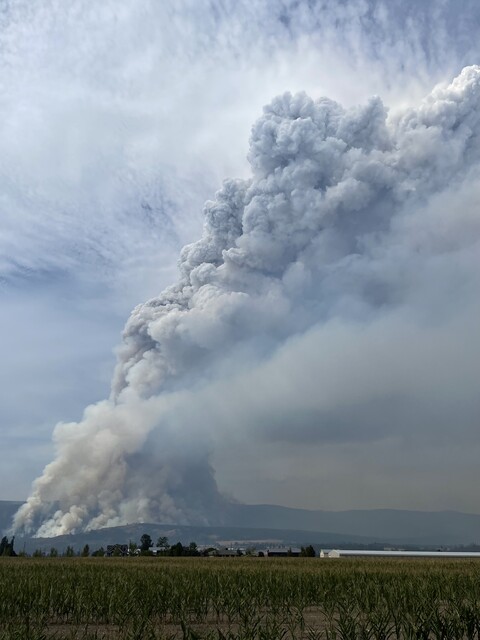