Increase in number of grasshoppers noted across the Okanagan

The hoppers are here 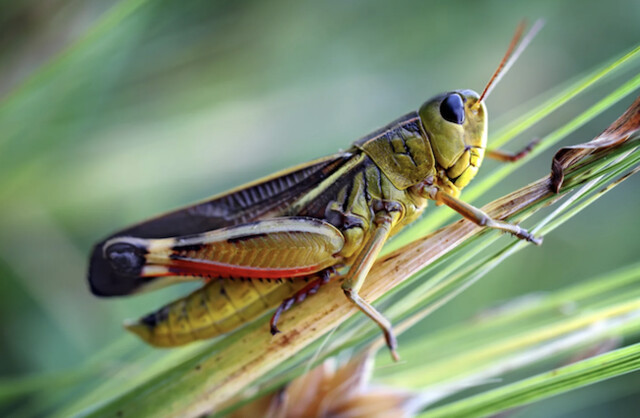 First COVID, then scorching heat, wildfires ... what's next? A plague of locusts, of course.

While many of the past year's events may seem biblical in their apocalyptic nature, it has not gone unnoticed by many that there appears to be many more grasshoppers than usual this year.

While hardly scientific, an ongoing check of social media sites has many Okanagan residents talking about grasshoppers.

The consensus is there has been more of the hoppers this year than in decades.

Also in greater number this year are what some people refer to as "clickers," those large locusts that make a clicking noise when they fly.

While B.C. may not be seeing the swarms some parts of the Western U.S. are getting this summer, there is arguably more hoppers than usual across the region.

One of the reasons is the hot, dry conditions of the past few months, which are ideal for the bouncing bugs.

And their numbers will increase annually the longer dry summers continue.

All stages of grasshoppers, except when they are eggs, feed on plants. Some species will feed on crops, but their numbers would have to be significant to do any real damage.

The last locust plague of frightening proportions in North America was in July 1874, when massive numbers of the bugs reportedly blocked out the sun in some places.

During the “year of the locusts,” millions, if not billions, of individual insects, acting like one giant super-organism, descended on fields across the prairies in Canada and the United States, devouring crops with frightening efficiency.