Forces on the fire line 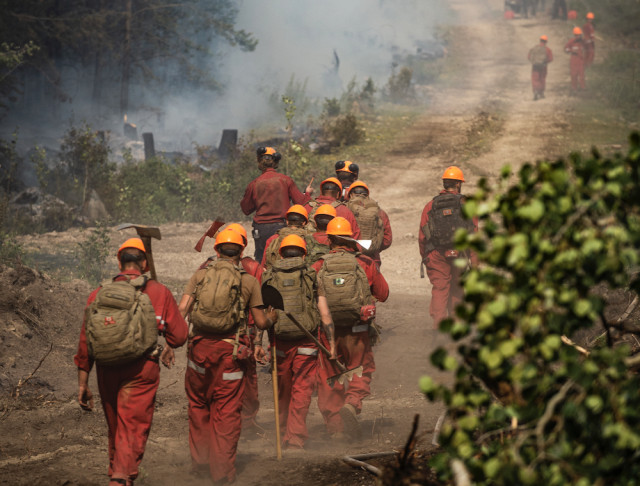 Members of the Canadian Armed Forces continue to assist at wildfires in the Southern Interior.

After staging at the Vernon Army Cadet Camp, members of the Princess Patricia's Canadian Light Infantry from Edmonton have dispersed to help BC Wildfire Service crews in Oliver and 100 Mile House.

They are assisting with fire suppression and mop up at the Thomas Creek and Flat Lake wildfires.

Public affairs officer Lt. Kevin Moffat with 1 Canadian Mechanized Brigade Group says personnel are about equally divided between support and logistics staff at the camp in Vernon, and the fire sites in Oliver and 100 Mile House.

"Morale is high among the troops, and many find serving Canadians at home on domestic operations personally rewarding,"Moffat said Tuesday.

An air force component is also assisting out of the Kamloops Airport.

Over the weekend, the forces shared new photos of the troops on the ground in the communities as they battle the fires alongside wildfire service crews.

Here's a selection of some of those photos, from Oliver, 100 Mile House, and Kamloops.