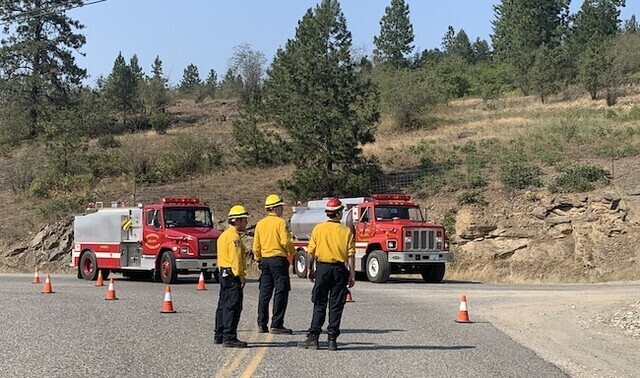 The Greenhow Road fire is officially out.

The fire in the hills above the north end of Swan Lake was sparked July 12.

On Friday, the Township of Spallumcheen deactivated its Emergency Operation Centre related to the fire after Fire Chief Ian Cummings confirmed the fire is out.

The fire department has continued to monitor the fire site with thermal imaging equipment, looking for and dealing with any hot spots that were detected.

Cummings said “a week has passed since the last hot spot was seen.”

Though the fire is no longer a threat, it continues to be a very hot, dry summer, and the township urges residents and visitors to be fire smart.

It reminds that there is also a campfire ban across the province.