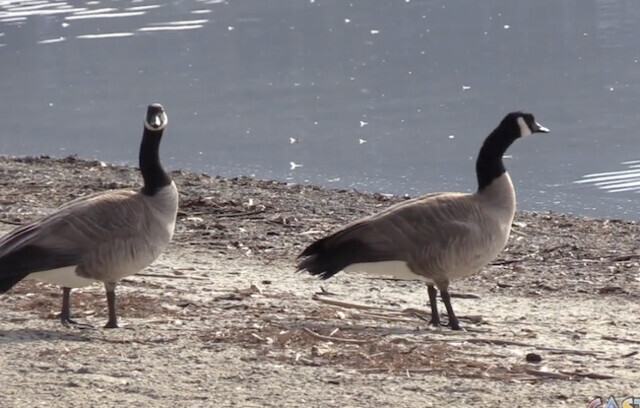 Vernon city council’s approval of a proposed "kill to scare" program to reduce numbers at area beaches and parks is being condemned by the Animal Alliance of Canada.

The alliance says the method is unscientific and doomed to fail.

"Kill to scare" tactics target the 'dominant' social goose in the flock, to scare off the rest of the birds.

Earlier this year, the city applied to the federal government to conduct a goose cull, but was told there would not be time to process the application this year.

"There is no 'dominant' goose in a flock for them to target," says the alliance's Jordan Reichert. "They take turns being the leader when they fly to conserve energy, but on the ground, there is no leader to identify in their general socialization patterns. If this is the premise of the city’s kill to scare program, there is no evidence to support it."

Geese mate for life, the alliance says, so killing one of a pair may cause the other to stay nearby for an extended period.

Leaving dead geese on the ground may also be an attractant for scavengers, which may cause further conflict.

"Vernon council has an opportunity to implement evidence-based, long-term, non-lethal co-habitation policy that will reduce conflict with recreational users of parks and beaches," says Reichert. "Short-term killing projects teach a disrespect for wildlife and a lack of creative problem-solving. We can do better by working with wildlife rather than against them."

The alliance has submitted a habitat modification manual to the city, but has not received a response from council. It is asking council to try habitat modification, as non-lethal methods must be attempted prior to applying for a kill permit with the CWS.